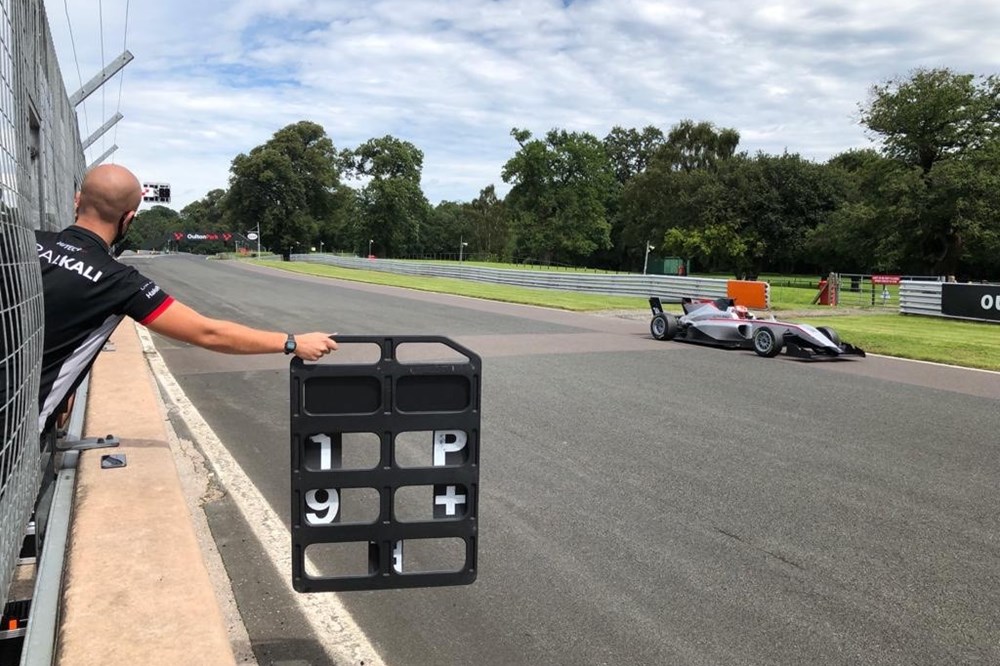 Kush Maini made a return to BRDC British Formula 3 in the championship’s pre-event test at Oulton Park, and went fastest for new entrant Hitech GP.

Hitech has added British F3 this year to its roster of junior single-seater programmes, and has Reece Ushijima signed to race in one of its cars.

Maini, who finished third in British F3 in 2018 and was sixth in the Formula Renault Eurocup last year, has not been confirmed by the team as racing its second car in this weekend’s season opener.

The 19-year-old Indian was originally due to return to the Eurocup this year with R-ace GP, but his deal fell apart pre-season as a result of the coronavirus pandemic.

The best laptime of the day was set by Maini in the second morning session, going 0.307 seconds faster than Lanan Racing’s Bart Horsten.

The day ended with Maini and Horsten dicing over top spot again, and it was Maini who once again topped the session.

There were several drivers who made improvements in the final session, with Douglas Motorsport’s Ulysse De Pauw jumping up into sixth place.

The top 11 cars were covered by less than a second, with Hillspeed’s Oliver Clarke and Sasakorn Chaimongkol both making late improvements to jump to eighth and 15th respectively. Chaimongkol only recorded representative laps in the final session.

Fortec Motorsports and JHR Developments were absent from the test, while Double R was missing its British Formula 4 graduate Sebastian Alvarez.