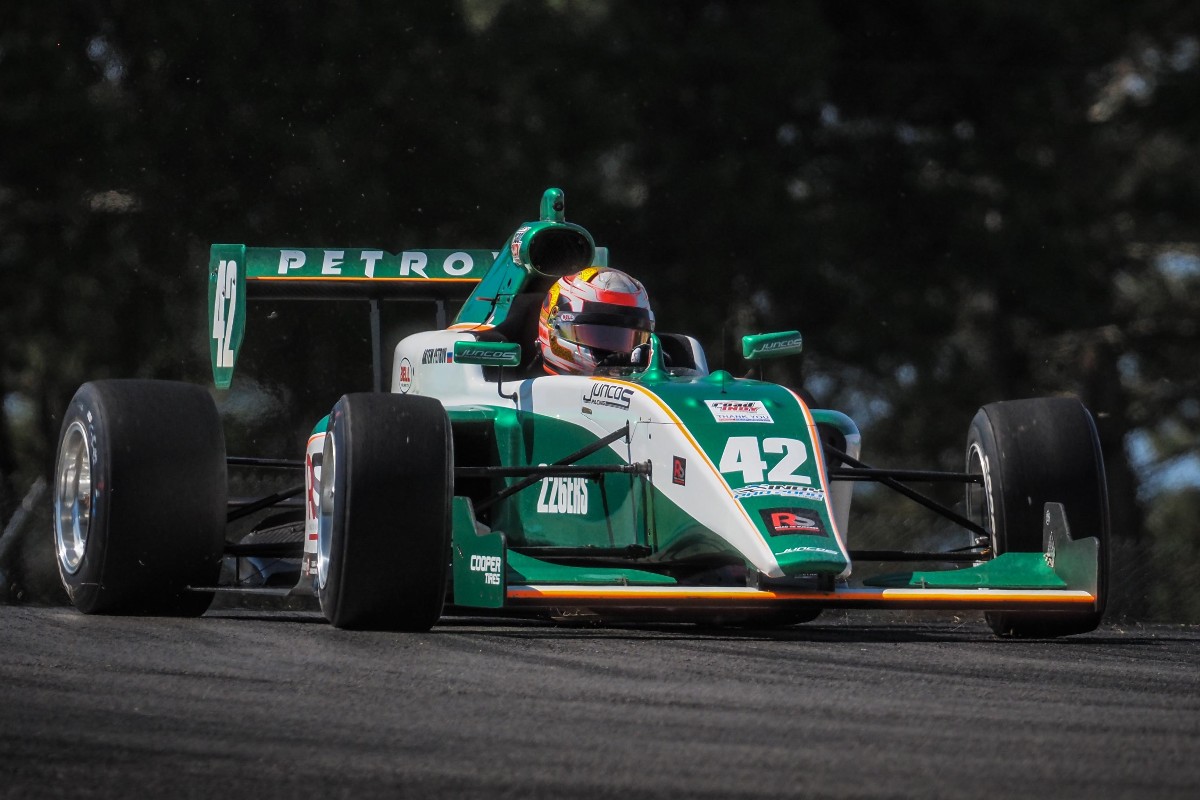 Artem Petrov charged from fifth to first in the second Indy Pro 2000 race at Mid-Ohio to become the first driver to take a second race victory this season.

The Juncos Racing driver – winner of the second race at Road America – started from fourth on the grid but he dropped behind DEForce Racing’s Parker Thompson on the opening lap.

Petrov picked off his Juncos team-mate Sting Ray Robb for second place before sweeping around the outside of poleman Braden Eves at Turn 4 to take the lead.

The 20-year-old Russian racer survived a mid-race full course yellow – caused by Pabst Racing’s Colin Kaminsky going off the circuit – to dominate the second half of the race as chaos ensued behind.

Devlin DeFrancesco’s second weekend on the Road to Indy showed improvements, having struggled for pace in qualifying, as he came from eighth on the grid to claim second place for Andretti Steinbrenner Racing, while Robb and Frost collided during their fight for third place.

The duo calshed at Turn 5 on the final lap with Robb maintaining his third position while Frost spun down to eighth.

Frost still holds his championship lead after reigning USF2000 champion and Exclusive Autosport Eves had an earlier incident with Thompson and ended up one place behind Frost in ninth.

Thompson finished in fourth ahead of his DEForce Racing team-mate Manuel Sulaiman and Pabst’s Hunter McElrea.

Several drivers pitted for fresh rubber as the fastest lap from race two will set the grid for race three of the round. As a result, BN Racing with Team Benik driver Jacob Loomis will start from the front in the next race as a trade-off for finishing a lapped 16th after pitting in race two.