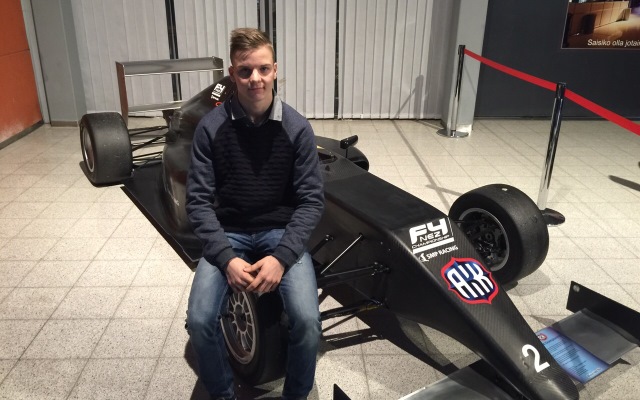 Leading Finnish karter Niko Kari is the first driver to be announced for the new F4 series to be run in the North European Zone by Koiranen.

Backed by SMP Racing, the series will use the same Tatuus chassis and Abarth engine as the Italian and German championships and have rounds in Finland, Estonia and Russia.

The champion will win ?350,000 towards a seat in the FIA F3 European Championship.

15-year-old Kari finished fifth in the CIK-FIA European Championship and WSK Master Series in 2014 in his first year at KF level, and was eighth in the KF-Junior World Championship in 2013.

?I am really looking forward to start the season, first because I can?t wait to be back to motorsport but as well because this championship will be a very big challenge,” said Kari.

“It is good to have such a professional series in the North European Zone which will give us drivers the access to the European competition. Of course the final prize is the big difference with the other F4 series, the SMP F4 championship is the most rewarding of them all.

“And I have to say that working with people like Marko Koiranen and Afa Heikkinen who have been winning everything with Koiranen GP is really amazing. I am learning a lot, and will keep on learning the whole season?

Marko Koiranen commented: ?Niko Kari is one of the growing stars of Finnish motorsport – therefore we are really happy he will join the SMP F4 championship in 2015.

“He is calm, quick-learning and patient. We are sure he will be a very tough contender next season?.