Tom Dillmann: In the nick of (Russian) Time

Tom Dillmann speaks to PaddockScout about his well-deserved late deal to contest this year’s GP2 Series thanks to new team Russian Time, ahead of this weekend’s season opener in Malaysia.

It?s Saturday 28 April 2012, and Tom Dillmann has just put in a superb drive to claim his maiden victory in the GP2 Series in Bahrain, in only his sixth race in the championship.

Less than eight weeks later and harsh financial realities mean the French youngster will have to make way for Valencia. He does actually end up driving that weekend, due to an illness for his teammate, and again a couple of rounds later when his replacement has a prior commitment to race elsewhere, but after that, Dillmann is consigned to just driver coaching work for a German F3 team.

Fast forward to 2013, and without anything like the budget to secure a top single-seater ride, the 23-year-old is looking at alternative disciplines for the season ahead. His skills are still in demand though, and Formula Renault 3.5 team boss Igor Salaquarda gives him a test at Motorland Aragon.

?Before I received the call from ISR to test in FR 3.5 I was working on a deal to do the Porsche Supercup as single seater budget are just impossible to find,? Dillmann tells us. ?I went for that last minute test for ISR as they wanted to work on the car, show it is quick and help their young driver Sirotkin with a good reference.?

The difficult economic climate has taken its toll on teams as well as drivers, and a couple of new GP2 outfits wanted Dillmann?s expertise too, and perhaps for more than just a test.

?From there I got the call from Hilmer for the same goals in Jerez and directly after that I got a call from Russian Time that there could be a possibility for me to drive for them the complete season. I got some opportunities and made the most of it.?

After topping the timesheets on both of his two days in the Hilmer car at Jerez, Dillmann switched to Russian Time for Barcelona a week later ? the team having had its entry confirmed just the day before. 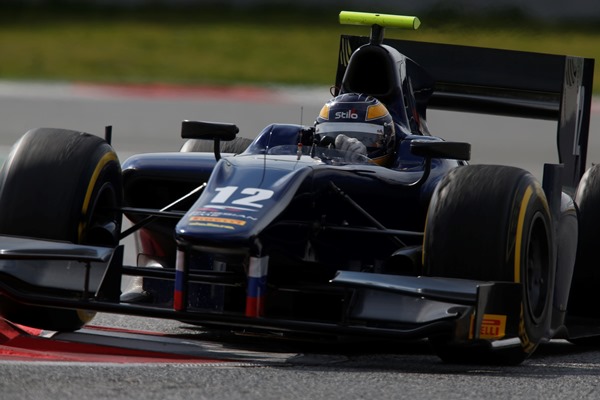 There weren?t quite any table-topping heroics from Dillmann this time around but it was enough for the team to sign him up for the full season.

Taking the place of former champions iSport, the Russian Time setup is run out of a facility at the Oschersleben circuit in Germany by Timo Rumpfkeil, whose successful Motopark operation it is that Dillmann has been acting as driver coach for.

The team will have had just three days of testing before the season starts in Malaysia, though Dillmann is comfortable in his surroundings. He claimed a podium driving for iSport on his GP2 debut in Abu Dhabi at the end of 2011.

?I think we have a mix between the experience of iSport as some of their staff remain,? says Dillmann. ?I know both iSport and Motopark as I raced for them in a couple of F3 races and I am their driver coach since 2011. It is all last minute and the guys are working flat out since a couple of weeks.

?I think it is a bit early, [but] the goal is to win. We will see where we are after the first weekend. We missed the Jerez test so we have to catch up. I think the beginning of the season will be all about understanding the tires.?

Team principal Igor Mazepa has said the team aims to help Russian drivers to Formula 1 in the future, and there is clearly significant funding coming from the nation.

?Russian Time can choose drivers on ability,? replies Dillmann when asked whether he?s had to pay anything at all for his drive.

Ever since his struggles to get his initial GP2 chance with Rapax 12 months ago, Dillmann has built up a growing fanbase on Twitter, sympathetic of his situation.

?It is great!? he says. ?It is nice to see the fans understand my situation and that it is quite tough to compete at this level without a backer. The word that comes the most is that I deserve that seat, and I think I definitely deserve a chance at this level and I finally have it.? 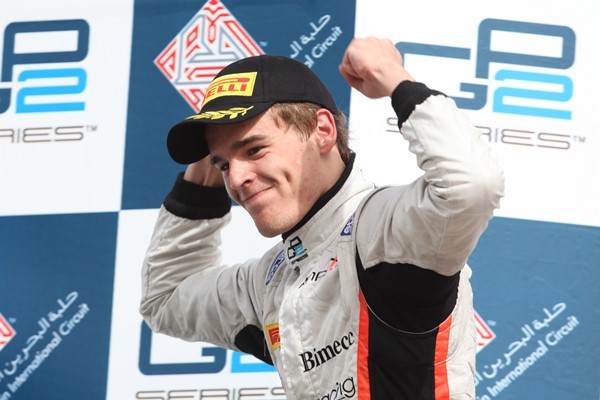 Sam Bird back in GP2 with Russian Time