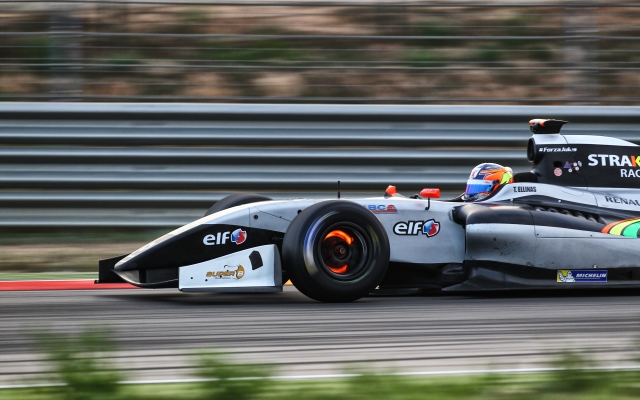 Tio Ellinas will race full-time in the Formula Renault 3.5 Series this year after completing a deal with Strakka Racing.

After three wins across two seasons in the GP3 Series with Marussia Manor Racing, the Cypriot was restricted to four GP2 outings in 2014.

He was seventh on his debut for MP Motorsport in Barcelona, and tenth at the following round in Monaco but his time with the team came to an end after the Spielberg weekend. He returned to action in a one-off deal with Rapax for Sochi.

After testing with Strakka’s FR3.5 squad at the end of last year, the 23-year-old has now secured seat together with a long-term management deal with the outfit owned by Nick Leventis.

?We worked really well in testing and it was clear that Strakka could engineer a quick car in both the wet and dry,? said Ellinas.

?Strakka is the complete package with the best support and equipment, on and off the track.?

Team principal Dan Walmsley said: ?In Tio, we see a driver with fantastic natural talent and the ability to work hard and learn. Managing him, means that we can unleash and guide the potential he obviously has.?

?Gustav [Malja] and Tio gives us a great line up and we are extremely confident we can improve on our Championship standings from last year.”