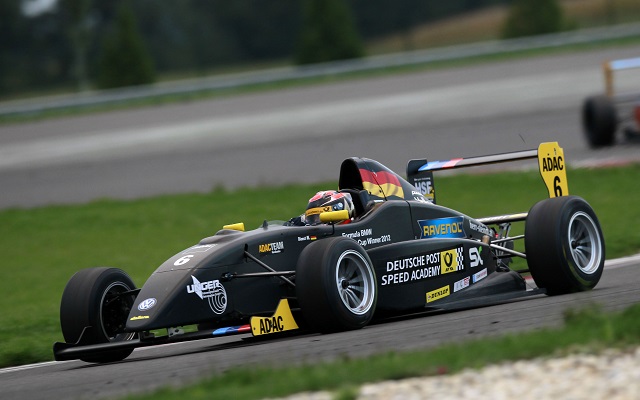 17-year-old Tim Zimmermann has been confirmed for a Neuhauser Racing seat in the 2014 ADAC Formel Masters season.

The German youngster completed a successful karting career ahead of his conversion to the world of single-seaters. In 2012, he finished second in both ADAC Kart Masters KF2 and Euro Wintercup KF2. Last year, Zimmermann participated in the second round of CIK-FIA KZ2 European Championship, where he finished 19th.

The 17-year-old is the third rookie announced for the 2014 ADAC Formel Masters season, as Joel Eriksson and David Kolkmann have been previously confirmed with Motopark Academy and JBR Motorsport respectively.

Zimmermann is part of the ADAC Stiftung Sport programme.