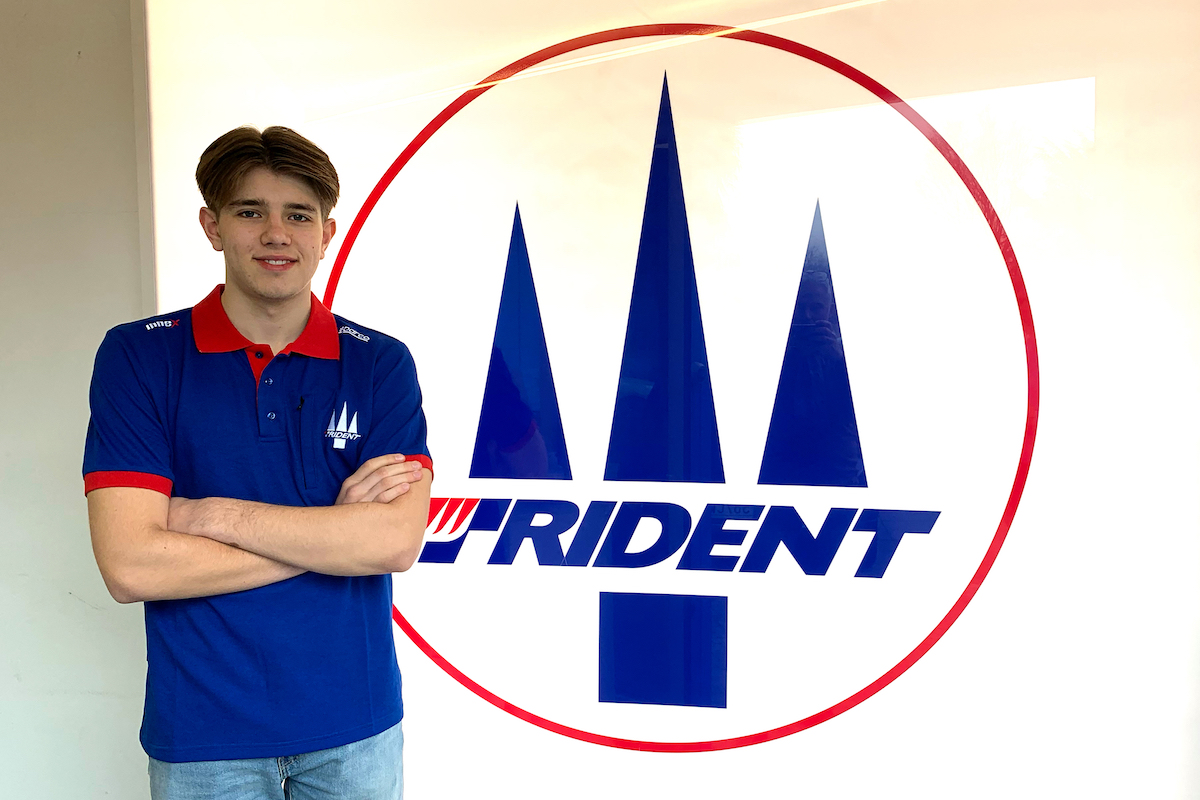 Tim Tramnitz has signed with Trident to race for its new entry into the Formula Regional European Championship by Alpine.

He tested with leading FREC teams ART Grand Prix and R-ace GP at the end of 2021 but his rookie season in the series will come with Trident, which has taken the place and assets of JD Motorsport.

“I’m really happy to compete with Trident in Formula Regional this year,” he said.

“For me and for the team it’s a new challenge in this series and I’m so proud to be part of that story. The team has such a big history and so much experience and for me it is a big opportunity to learn and to get the best out of me.

“I had such a warm welcome from the team and I’m confident that we can achieve a lot together this year. Of course, I can’t wait for it to start.”

Trident is expanding into FREC having beaten Prema to win the FIA Formula 3 teams’ title in 2021, as well as continuing to compete in Formula 2.

“We are very motivated for the new challenge that Trident Motorsport will experience in the hyper-competitive Formula Regional European Championship by Alpine,” said owner Maurizio Salvadori.

“It is a very professional series, featuring the best young drivers from the national F4 championships, and at least 36 participants are expected.

“Trident Motorsport could not miss this opportunity, and we enthusiastically decided to combine this program with Formula 2 and Formula 3 after winning the team championship in F3 last year.

“I am also delighted and proud to announce the arrival of Tramnitz, one of the most interesting young emerging F4 drivers, who starred in both the Italian and German series.”

After his early FREC tests, Tramnitz suffered a broken vertebrae after a freak crash in an F4 test at Estoril, where he was serving as a reference driver for McLaren protege Ugo Ugochukwu. He has been recovering well and is expected to be ready to take part in pre-season testing.