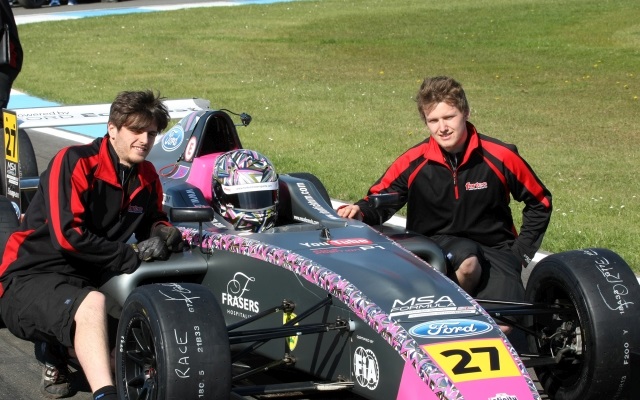 Daniel Ticktum celebrated his maiden car racing victory, winning the first race of the MSA Formula round at Donington in a comfortable manner.

The Fortec driver held on to his lead after the start and managed to build a gap of seven seconds at the checkered flag.

Lining up fourth, Gustavo Myasava passed both Lando Norris and James Pull at the start to take second. However, as the race went on, both of his opponents retook their respective positions.

On the final lap, Pull managed a successful overtaking attempt on Norris as he claimed the runner-up spot, while Myasava also managed to sneak through the Carlin driver to complete the podium.

Sennan Fielding secured fifth, finishing just a tenth of a second ahead of Ricky Collard.

Petru Florescu also completed an impressive race by finishing tenth, having been relegated to the back of the grid after a 10-place grid penalty he received for an engine change.