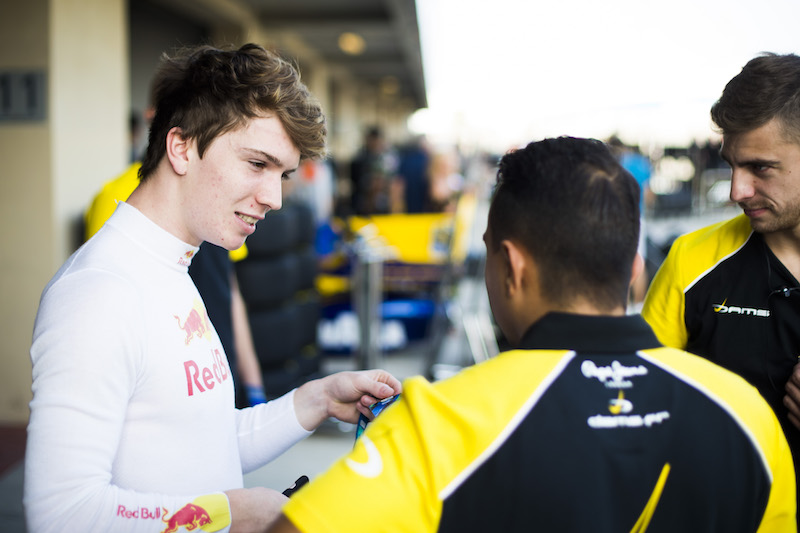 Macau Grand Prix winner Dan Ticktum will take part in this week’s Formula 2 test at Paul Ricard, as he and series veteran Oliver Rowland fill in for the ill Nicholas Latifi at DAMS.

Latifi has been suffering from an infection that has already prevented him from driving for Force India in last week’s opening Formula 1 test at Barcelona.

The Canadian is still recovering, and will see Rowland and Ticktum take over his car for the three days of testing.

Ticktum is set to run on the final day of the test on Thursday, according to Autosport, with Rowland to test in Super Formula later in the week.

Rowland finished third in F2 last year with DAMS alongside Latifi and already has a deal to race in the LMP1 class of the World Endurance Championship this year.

Ticktum raced for DAMS in the final three rounds of GP3 last season, scoring the team’s only podium and finishing 11th in the standings.

The Red Bull Junior will compete for Motopark in European Formula 3 this year after winning Macau with the German outfit last year.

Alexander Albon will drive the second DAMS car for all three days, and is expected to race for the team this year alongside long-time DAMS driver Latifi, who got his first taste of the new F2 2018 car in the shakedown test at Magny-Cours last month.