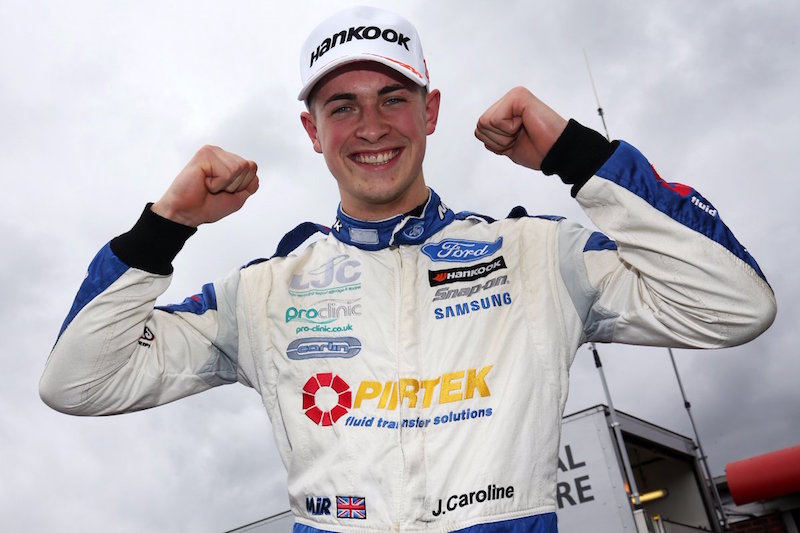 Reigning British Formula 4 champion Jamie Caroline has secured a move to USF2000 with BN Racing for this season, after previously announcing he would take a year out due to a lack of funds.

The 19-year-old dominated the British F4 championship last year with Carlin, but could not find the funds to step up to the next level on the European single-seater ladder.

Caroline announced last month that he was unable to get a full-time seat this year, but was working on putting a programme together for 2019. Last Saturday, he then revealed his intention to set up a crowdfunding scheme to support a 2018 ride.

?I?ve always had my eye on racing in America,” he said.

“There seem to be more opportunities for young drivers, the competition is good, plus the whole Mazda Road to Indy scholarship is pretty exciting.”

BN Racing was established last year by Briton Bryn Nuttall to run David Malukas in USF2000, with Malukas (who is now stepping up to Pro Mazda with the team) claiming a pole position and second-place finish in only its second event.

The late-ness of the deal means that Caroline will be unable to test before the opening round of the season at St. Petersburg this weekend.

?When I heard from BN Racing I was immediately interested. The team looked strong in pre-season testing and with a British team owner I?m sure I will feel right at home.

“It?s not going to be easy racing on tracks I don?t know without any testing, but I?m definitely up to the challenge and I?m not going out there to make up the numbers.

?I am of course sad to be leaving the British motorsport scene and some of my UK-based sponsors behind, but the opportunities just aren?t available for me to race with a top team in the UK. This is the best career move for me and I hope to find some new sponsors to work with in the US.

?To compete in an IndyCar support series is awesome. I just want to race, it?s what I?m good at and I?m not ready to give up.?