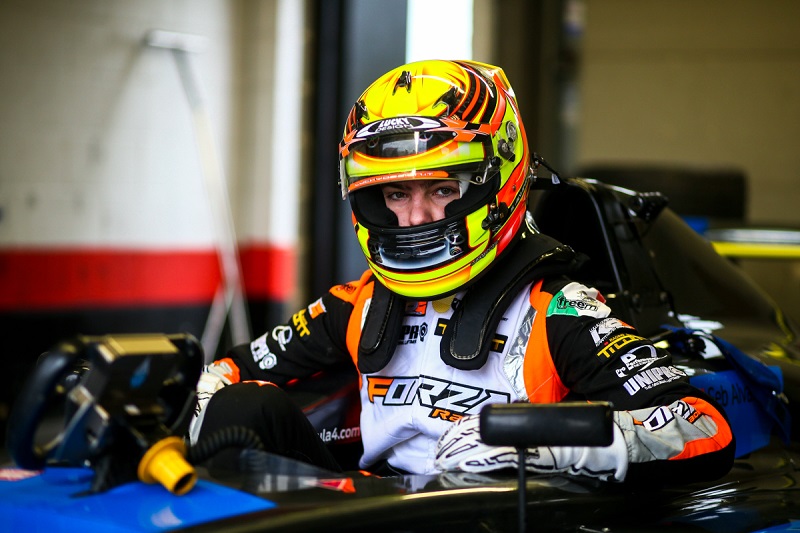 The 15-year-old is a champion in the Cadet class in his home country, and has recently been competing in the Swedish, European and World karting championships in the OK class.

He was eighth fastest in the sodden Brands Hatch British F4 group test last month, and the slowest of the three drivers Double R ran, although the weather conditions meant the times were unrepresentative to an extent.

?I?m really excited to join Double R and looking forward to the start of the season?, said the Alvarez.

?The car is great to drive, the guys at the team are really professional and fantastic to work with and I?m sure we?re going to have a good season. It?s great to be racing in British F4 this year.?

?British F4 is the logical first step for any driver coming out of karting and I?m sure Sebastian is going to make very strong progress throughout the season. We?re delighted to announce him as our first British F4 driver this year and looking forward to a competitive season together.?

Double R ran Linus Lundqvist to fifth in the standings last season, and the Swede has remained with the team this year for an attack on the BRDC British Formula 3 title.

Leading Lebanese racer Karl Massaad and F4 South East Asia dominator Daniel Cao also drove for the team, with Massaad expected to make a return to British F4 this year alongside one or two other drivers from the Middle East.