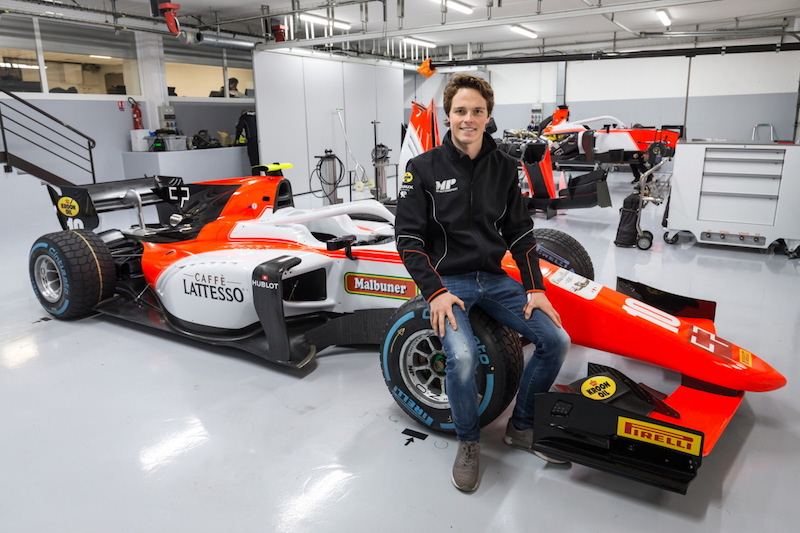 Ralph Boschung will switch from Campos Racing to MP Motorsport for his second season in Formula 2.

Boschung graduated to F2 last season after two years in GP3, where he finished 11th in the drivers’ championship in both years, though his second campaign included a maiden victory in Austria before he was forced to miss three rounds due to budget restraints.

The 20-year-old finished 19th in his first year in F2 with 11 points and was hampered by a multitude of mechanical?issues.

He also missed the final round of the championship in Abu Dhabi, although he tested with MP Motorsport in the post-season test.

?I?m really happy to be joining MP Motorsport for my second season in Formula 2?, said Boschung.

?We cooperated very well during our day together at Yas Marina, and this gave me the confidence that we can do well in 2018.

“With the new car, it?s a level playing field for everyone, and MP has the staff to get the most out of a new chassis.

“It will be an amazing season.?

Boschung’s best result of 2017 came at the Red Bull Ring, a seventh-place finish, one of three points finishes in 2017, alongside a pair of eighth-place finishes at Baku where he started the sprint race from reversed-grid pole position.

?It?s great that Ralph will be part of our Formula 2 team for 2018?, said MP Motorsport team manager Sander Dorsman.

?He has shown good speed in his first season in F2, and I?m certain that we can convert his speed into more solid results.

“Our post-season test with Ralph went very well. We are convinced that we can build on that form to produce a consistent points-winning run in the season ahead.?