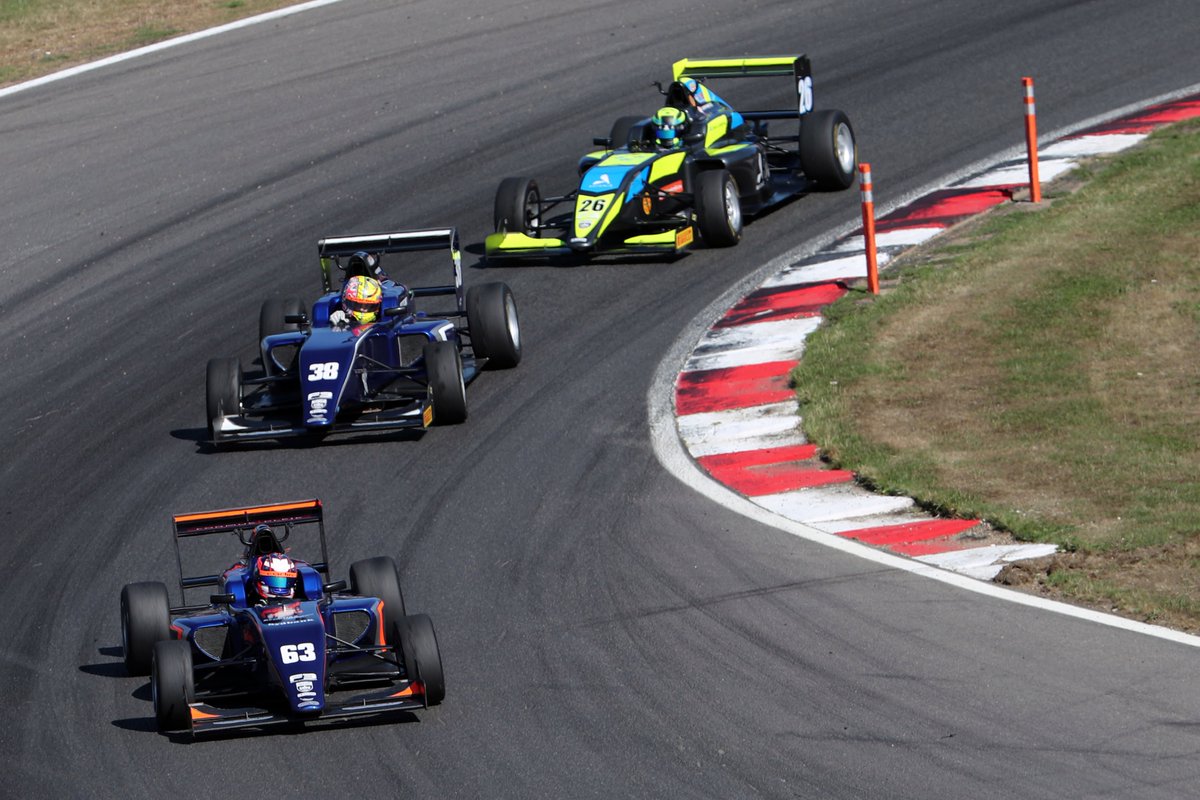 The rebranding of the BRDC British Formula 3 championship to GB3 marks the end of two names, both with significant history, and a third evolution for MotorSport Vision’s premier racing series

In 2013, the British junior single-seater scene became crowded as a new BRDC British Formula 4 series was created to go up against national series for Formula Renault, Formula Ford and FF1600 and MotorSport Vision’s own Formula 3 Cup.

MSV Racing had set up its new F4 series with the support of BRDC chief Derek Warwick, and intended to be an affordable entry-level series for British drivers. Given the costs of those other series that was quite a pitch to make, but a grid of 21 cars was attracted for the first ever race at Silverstone and there were 24 drivers on track for round two at Brands Hatch.

Hughes was rewarded with a test in a previous-generation F3 car with Carlin at Valencia Ricardo Tormo, and 2014 champion George Russell joined GP3 post-season testing with Arden. During that year, the ambitions of the series and its rivals grew…

British FFord announces it will become an FIA F4-spec series in 2015, combining a new carbon-fibre chassis with its existing 1.6-litre Ford EscoBoost engine. However there is no indication it will use the F4 moniker, given MSV boss Jonathan Palmer holds the rights to use the name in the United Kingdom and had done so before the FIA created its standardised F4. 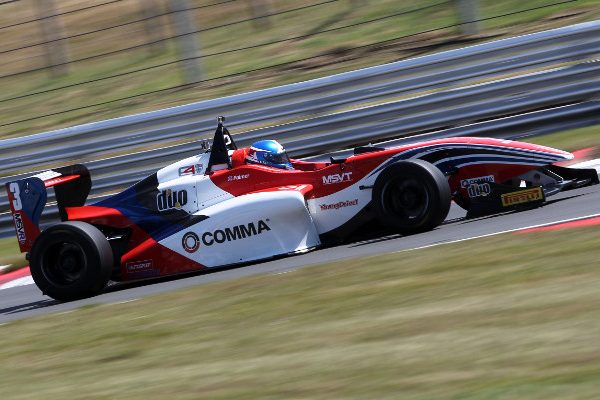 While rumours swirl that British FFord will be taking on a Mygale F4 chassis for 2015, BRDC F4 declares it will also adopt a FIA F4-spec car in the future. It plans to introduce the same Tatuus chassis as used in ADAC and Italian F4 for 2016, and continue with its current two-litre Ford Duratec engine.

The planned UK debut of the car will be the 2015 BRDC British F4 Autumn Cup, and will be used for at least four years. Teams seeking to buy the car will be able to get it significantly cheaper thanks to an offer from MSV to buy back the current cars so they can be used at PalmerSport track day venues such as Bedford Autodrome.

The prize for winning the BRDC British F4 title is increased, with the series’ new tyre supplier Pirelli funding an award for the champion should they graduate to GP3. In addition to the existing £35,000 the champion gets, another £50,000 will be added if they take the GP3 route. They will also receive a free GP3 test at the end of 2015 with ART Grand Prix.

BRDC F4’s FIA-spec car is revealed, except it’s not FIA-spec anymore. The series has still gone for the Tatuus car used on the continent, but with upgraded aerodynamics and a new naturally aspirated four-cylinder Cosworth engine that is 45bhp more powerful than its existing Ford unit.

Carlin and Fortec commit to joining BRDC British F4 in 2016, in addition to continue racing in MSA Formula.

The upgraded Tatuus makes its race debut in the BRDC British F4 Autumn Cup. Seven cars line up at Snetterton, fielded by Douglas Motorsport, HHC Motorsport, Hillspeed and the debuting Fortec, and it’s Formula Renault Eurocup racer Harrison Scott who wins from pole for Douglas in a wet race.

Sisa Ngebulana takes second place after Ben Barnicoat aquaplanes off, although Barnicoat does recover to chase down Sennan Fielding to finish third. However a collision between the pair on the final lap cops Barnicoat a penalty, so Fielding comes third.

Fastest lap for Barnicoat puts him on pole for race two, which he turns into victory despite his rear wing breaking mid-race.

One week later the eight-race season concludes at Brands Hatch, with Barnicoat taking the title while MSA Formula champion Lando Norris makes a splash by taking pole then winning his first two races for HHC. 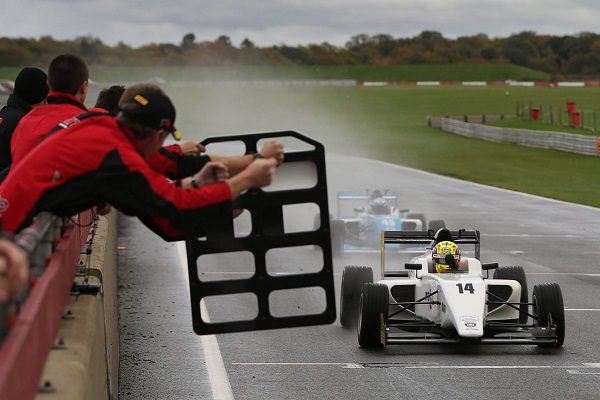 Just days before the BRDC British F4 season is set to start, it’s announced that the series will be rebranded to BRDC British F3. As a national F3 series, it will also now be eligible for FIA superlicence points for the top five drivers, and paves the way for MSA Formula to take on the British F4 name.

Brazil’s Matheus Leist becomes the first BRDC British F3 champion since none other than BRDC chief Warwick, who won the title the last time a series under that name was run in 1978. The 21-car grid of the season opener ends up being the largest of the year, and drivers who take part include future F1 racers and Norris and Nikita Mazepin and future IndyCar race-winner Colton Herta, who all share the same Carlin entry. Leist himself goes on to race in IndyCar just 18 months after winning the F3 title.

MSV reveals there is interest from teams in both BRDC British F3 and British F4 to form a winter series at Algarve in Portugal. The three-day event would include one day of testing and two days of racing, and its Iberian location was picked to avoid the bad weather that often impacted winter series held in Britain. Many teams also tested abroad at the end of the year anyway, and the likes of Carlin and Double R – running in F3 and F4 – were enthusiastic about turning that into racing.

The proposed winter series is called off as Britain’s motorsport governing body MSA (now called Motorsport UK) denies 15-year-olds with British racing licenses from competing in the F4 cars abroad. British F3 still plans to go ahead with a winter series of some form, but in the end does not.

The World Motor Sport Council meeting of December 2017 marks the start of a new era as Regional F3 (now known as Formula Regional) is created. This means Palmer’s use of the British F3 moniker in Britain expires, but over the winter he gets an extension for the 2018 season despite his series not fitting any kind of F3 regulations past or present.

The three-race format of British F3 gets shaken up, with the reversed-grid second race of each weekend now going from the top eight finishers of race one being flipped to all of the finishers who have set a lap within 103% of the race’s fastest lap.

A decreased points tally gets announced too, but with additional points now being scored for every position gained from a driver’s starting spot.

Double amputee Billy Monger makes his racing return in the British F3 season opener at Oulton Park. The teenager had his lower legs amputated after a horror crash in British F4 in April the year before, but was able to test an F3 car by the next winter as Carlin worked on a specially-adapted clutch setup for him to use.

He makes the podium on his F3 debut to mark a dream return to racing.

Jamie Chadwick makes history as she claims her first single-seater win in the reversed-grid race at Brands Hatch. The Douglas Motorsport driver becomes the first woman to win a British F3 race. 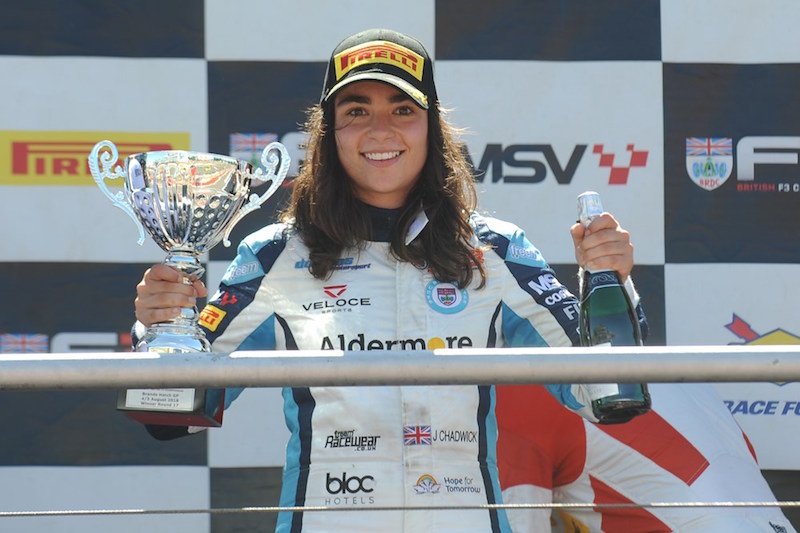 Torrential rain curtails the Silverstone season finale, with the last race of the year being cancelled entirely while the penultimate race lasted two laps behind the safety car before being abandoned.

Despite being cut to a short distance and with no green flag running, the two-lap reversed-grid race awards full points and means Lanan Racing’s Josh Mason becomes a first-time British F3 winner.

Palmer rules out switching to Regional F3 regulations for 2019, which makes it harder to secure another annual extension on using the British F3 name, but says he intends for his series to join the category the season after.

He tells Autosport: “I’m confident that we will keep the name, it’s entirely logical that we should do and we’re looking forward to 2020, with an FIA-approved championship with a halo [equipped] car from FIA Regional F3 regulations.”

Upgrades to the British F3 car are announced around the existing tub. Bodywork updates include modifications to the wings as well as a new engine cover, and an IndyCar-style fin in front of the driver is to be introduced for debris deflection.

The aerodynamic changes, including the introduction of bargeboards, are proposed to be enable greater set-up variation and increased downforce, particularly at the rear of the car. When 2020 comes, it’s noted that it’s a significantly different-handling car to what is was previously. This means no Regional F3 switch, and puts the name retention into question again.

Accompanying the bodywork upgrades, it’s announced that new engines supplied by Mountune Racing will be introduced for 2020. They will have the same power output, but will be slimmer units and more efficient.

The global COVID-19 pandemic means the British F3 season is postponed by several months, and during the first lockdown period an official Esports series is created on iRacing and using the old Dallara F317 F3 car. Chris Dittmann Racing’s Nico Varrone wins the first ever race at a virtual Oulton Park, and later in the season drivers including IndyCar champion Will Power and British Touring Car Championship star Tom Ingram join in and win.

Carlin and Hitech GP will host the prize recipient, running them for one day each during official post-season tests.

A teams’ title is also be introduced for this year, with a squad’s two highest-placed cars from each race contributing to its points total if it is running three or more cars.

A second season of the Esports series is announced, as the pandemic continues to ravage the world, with a February start date announced. However the season doesn’t take place, and without explanation. 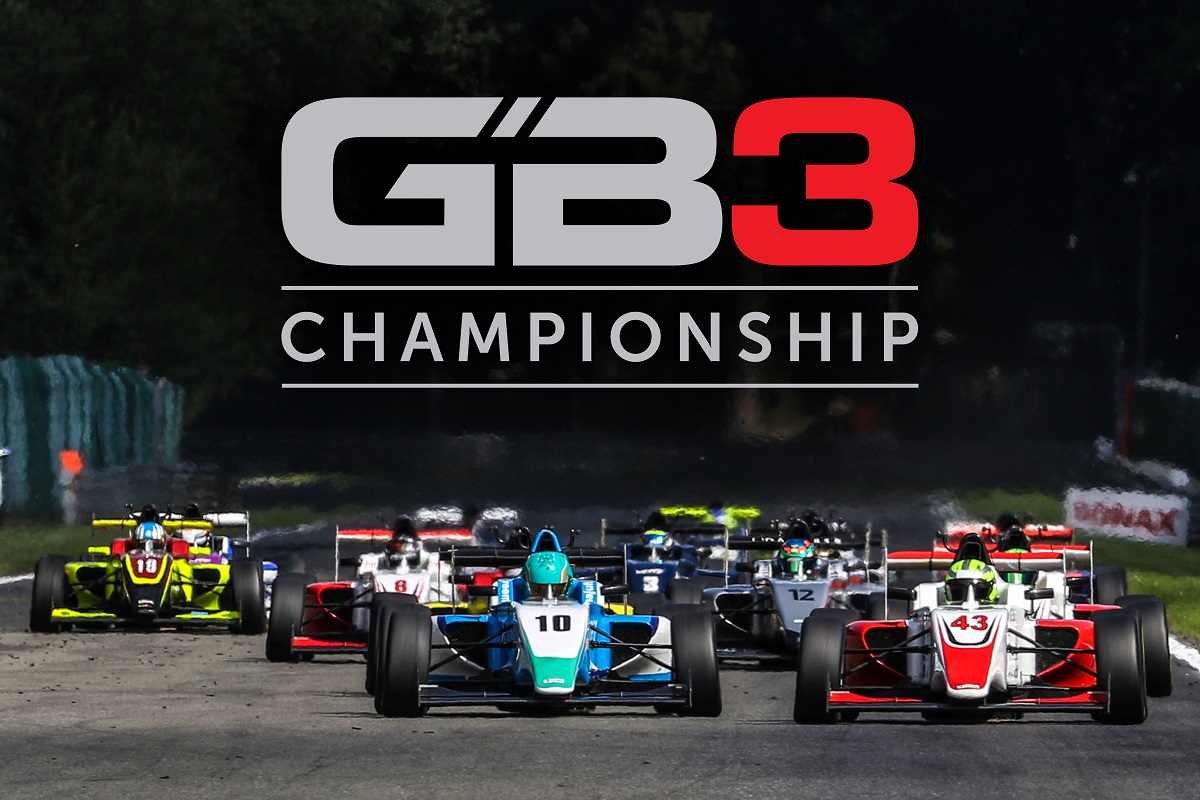 BRDC British F3 rebrands to GB3 with immediate effect after the FIA restricts the use of the F3 moniker to its own F1-supporting championship. Regional F3 series are also stripped of the right, as the category is now given the FRegional term.

The GB3 championship hits the track for the first time in a pre-event test at Snetterton.