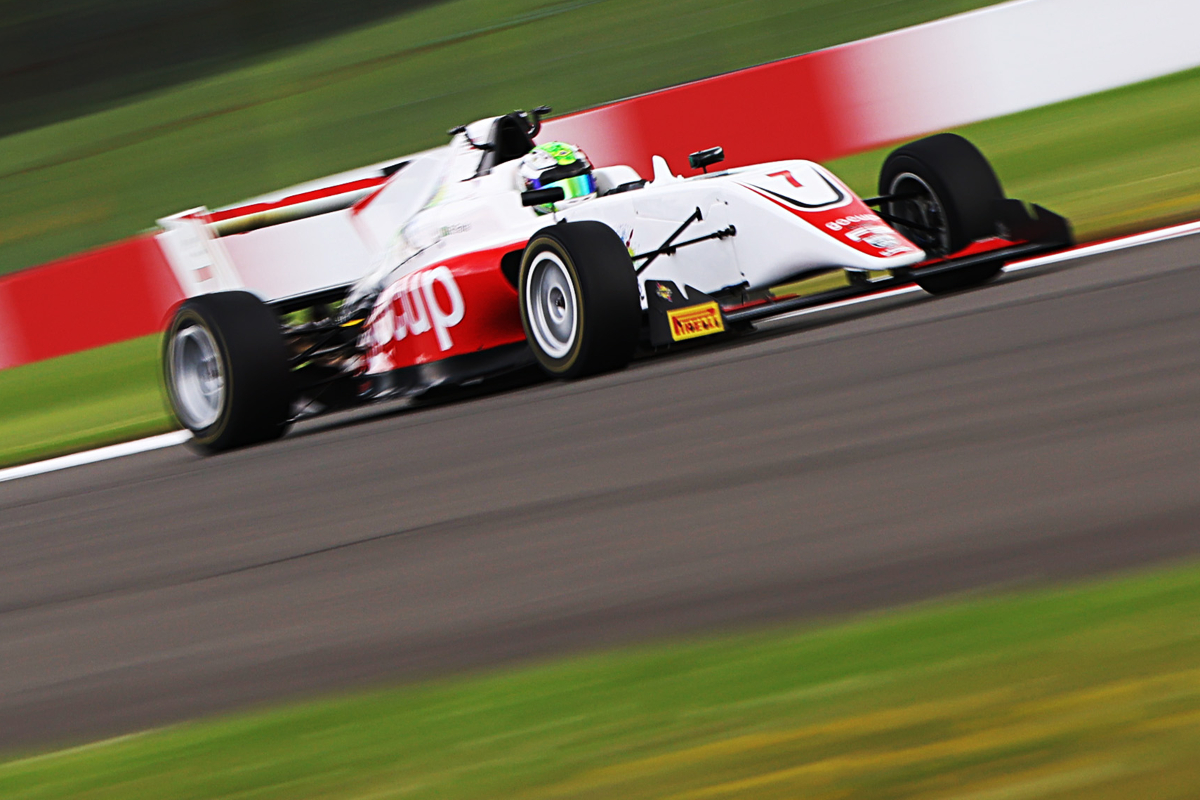 The GB3 championship held its first ever track sessions since its rebranding on Thursday with day one of its pre-event test at Snetterton.

Returnee Ollie Bearman was fastest in the first ever official GB3 session, setting a 1m44.589s lap to head Elite Motorsport’s Javier Sagrera by five hundredths of a second.

Bearman’s Fortec Motorsports team-mate Roberto Faria and Hitech GP’s Bart Horsten were also within two tenths of the pace, which Bearman then improved upon by a slim 0.003s in session two.

Carlin’s points leader Zak O’Sullivan jumped up to fifth place overall by being the closest to Bearman in session two, while many drivers did not improve on their pace from the early morning.

Tommy Smith, who is making his GB3 debut this weekend with Douglas Motorsport, had a faulty transponder that meant his session one times weren’t recorded. He was said to be around a second slower than Bearman, but he was 17th fastest and 2.873s slower in session two, only ahead of Fortec’s Mikkel Grundtvig who had completed just five laps in session one.

Christian Mansell rose up to sixth place on the combined timesheet by going third fastest in session two, and at midday there was 13 cars covered by less than a second. The outliers were Branden Lee Oxley, who is making his debut with Chris Dittmann Racing, the returning Frederick Lubin, Reema Juffali, Smith and Grundtvig.

Faria moved to the top in the first afternoon session, setting the pace by 0.335s over Sagrera and putting himself clear of Bearman’s morning benchmark by 0.031s. Bearman was third fastest in the third session, but Faria was the only improver in the lead group.

Faria went even faster in the final session, improving by three tenths of a second to end the day on a 1m44.108s. All but Sagrera, Mansell and Hitech’s Sebastian Alvarez bettered their personal bests, with Sagrera dropping from third to seventh in the day’s timesheet as a result.

Bearman was second fastest, 0.196s off Faria, while Hitech’s Reece Ushijima and O’Sullivan were the next best.

*session one laps not recorded