After a highly successful karting career, this flying Finn had gone fairly under the radar so far in his time in single-seaters. But he’s now top of the GP3 standings after his win in Monaco…

His career overseen by Nicolas Todt’s All Road Management, Aaro Vainio moved to Todt’s all-conquering Lotus/ART GP3 squad this year for his second season in the category, and just his third in car racing. He shone in Monaco last weekend, claiming pole position and then a long-awaited first victory out of karts, and he now leads the points ahead of the overwhelming pre-season favourite Mitch Evans.

Hailing from Espoo, the same city where Kimi Raikkonen was born, Aaro’s father was a rally driver and kart racer. In 2007 he won the Finnish championship in the ICA Junior (now KF3) class, and then in 2008 he won the CIK-FIA European KF3 Championship and also the Junior Monaco Kart Cup after the exclusion of current Ferrari young driver Brandon Maisano. 2009 saw him finish runner-up in the CIK-FIA World Championship (to a 28-year-old), and win the European SKF/KF1 title.

In 2010 Aaro made the step up to single-seaters, contesting the Eurocup Formula Renault 2.0 for French squad Tech 1 Racing. The first half of the 16 race season saw Aaro a regular in the top eight, although he was only 11th in the standings at the time. The second half of his season started on a high with a double pole in Hungary, sparking a run of five podium places from the last eight races that saw him score the second highest number of points behind champion Kevin Korjus (who had two previous Renault campaigns under his belt), to shoot up to fourth overall.

Aaro in his patriotically-liveried Formula Renault 2.0 in 2010 (Photo: Renault Sport)

With just one season under his belt in an ‘entry level’ single-seater, Aaro moved up to GP3 with Tech 1 for 2011. He scored a podium finish at Barcelona in just his third race in the series, although he only managed a couple of further points finishes during the rest of the year and finished up 15th overall.

Having had a learning season in GP3, Aaro was promoted by Todt to the Lotus GP team for 2012. After a repeat of his Barcelona podium at the season opener, he then returned to Monaco and the scene of his karting triumph. He claimed pole position and then controlled the first race from lights to flag. That moved him into the points lead on 54, with Evans his nearest rival on 43.

Talent rating: Aaro marked himself out as one to watch in karting, and although he’s gone relatively unnoticed thus far in cars, he’s now leading the way in a GP3 season that had been expected to have been dominated by one of his rivals. Whether he remains on top remains to be seen, but winning the GP3 title in just his third season out of karts would be a new record. 9/10

Chances of getting to F1: Joining the likes of Maldonado, Massa and Bianchi in Todt Jr’s management stable and enjoying healthy backing from Todt’s Brazilian car part manufacturing-partner Aethra, Vainio is in a very good place. If he finishes as the top of the Lotus GP3 trio then a place with their GP2 outfit should await, and then it will be a case of seeing how well he does there. 8/10 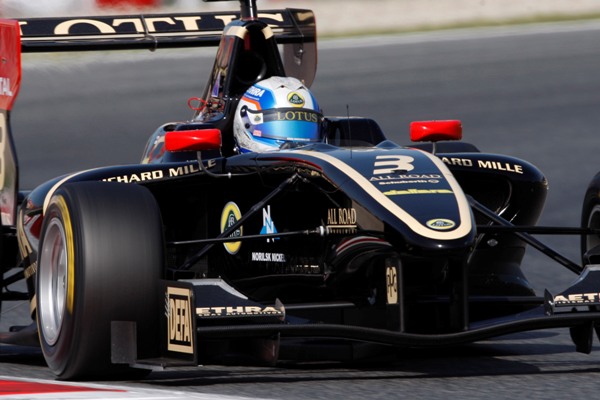