Having made a winning start to 2011, Felipe Nasr looks set to follow in the illustrious footsteps of compatriots Rubens Barrichello and Ayrton Senna by winning the British F3 title…

Nasr made his car racing debut in a Formula BMW Americas race at Interlagos in November 2008, a race which supported the 2008 Brazilian Grand Prix, where fellow Brazilian Felipe Massa was beaten to the world title by Lewis Hamilton after Massa had crossed the line to win. Driving for his father Amir’s team, he finished fifth in the first race and then third in the second, which was good enough to place him 10th overall in the final standings. For 2009 he raced in the European version of the series for the Eurointernational team. He scored five wins and finished 14 of the 16 races in the top two, winning the title by 104 points.

Ahead of the 2010 season he was signed by Robertson Management, who also manage Kimi Raikkonen. He was also placed in the Double R British F3 team that was co-owned by Robertson and Raikkonen. He stuggled initially but scored his maiden win at Rockingham mid-season and ended the year fifth in the standings.

His performances were enough to encourage leading team Carlin to snatch him up for the 2011 season, and despite strong teammates such as Kevin Magnussen, he won twice at the opening round in Monza and then scored a third win of the season at Round 2 at Oulton Park.

Talent rating: He adapted to Formula BMW straight out of karts and now looks like the favourite for British F3 glory after a learning year in the category in 2010. If he continues at this rate he could be ready for Formula 1 in a couple of years. 8/10

Chances of getting to Formula 1: Nasr does not benefit from the kind of financial backing that has helped many of his fellow Brazilians in to Formula 1, but the promise he has shown so far in his career combined with his renowned management team should help him on his way. 7/10 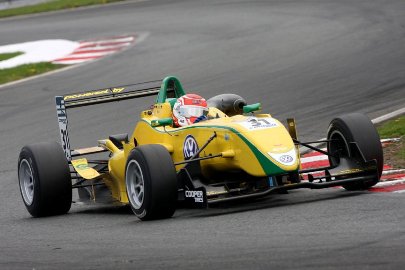