The contrasting fortunes of Prema’s FREC contenders in Monaco 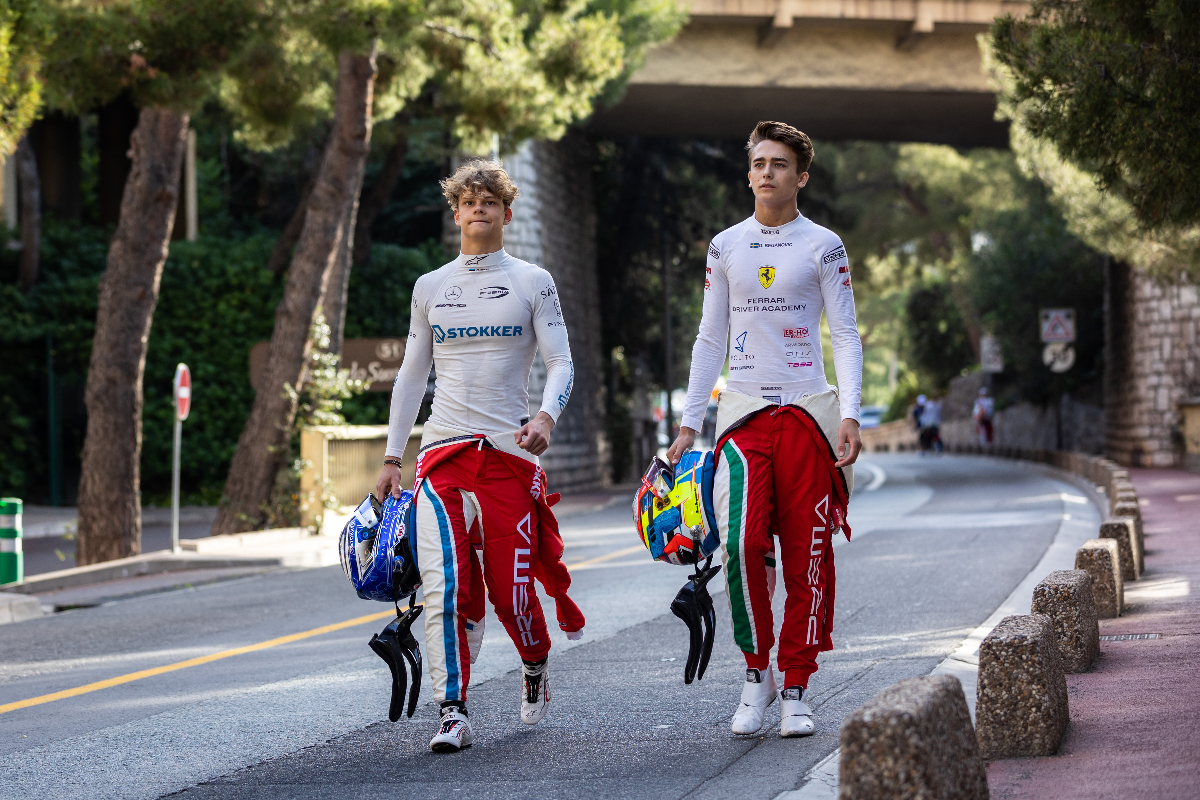 Two of Prema’s drivers experienced the highs and lows of Monaco last weekend, with one adding to his Formula Regional European Championship lead and the other leaving totally empty-handed

Dino Beganovic and Paul Aron arrived in Monaco at the head of the FREC standings, having won three of the first four races between them.

But while Ferrari junior Beganovic took a win and a second place to continue his remarkable unbroken streak of top-two finishes this season, his Estonian team-mate was left to rue a qualifying error which meant he left Monaco pointless and having dropped from second to seventh in the standings.

The form of Beganovic has been a revelation this year – consistency allied to speed, with the necessary luck to avoid incidents and benefit from the misfortune of others, as in his inherited win at Imola after Gabriele Mini’s penalty.

Talking to Formula Scout in FREC’s makeshift Monaco paddock before the start of track activities, Beganovic explained that he was “feeling confident for the weekend”.

“It’s been a fantastic start to the season, it couldn’t really be better than this with two wins and two P2s. It’s just the beginning of the championship but [I’m] very happy.”

The first two rounds took place on Italian tracks where Prema has traditionally been strong. “We maximised the points from our good tracks – Monza and Imola,” he said, confident his form will continue to the tracks where Prema lacked pace in 2021.

“I think we’re able to do it because during the whole of last year we were making progress, we were making changes and it was always in the right direction.

“We have a strong team with the engineers and the mechanics, and also a line-up which is strong so we can work together.” 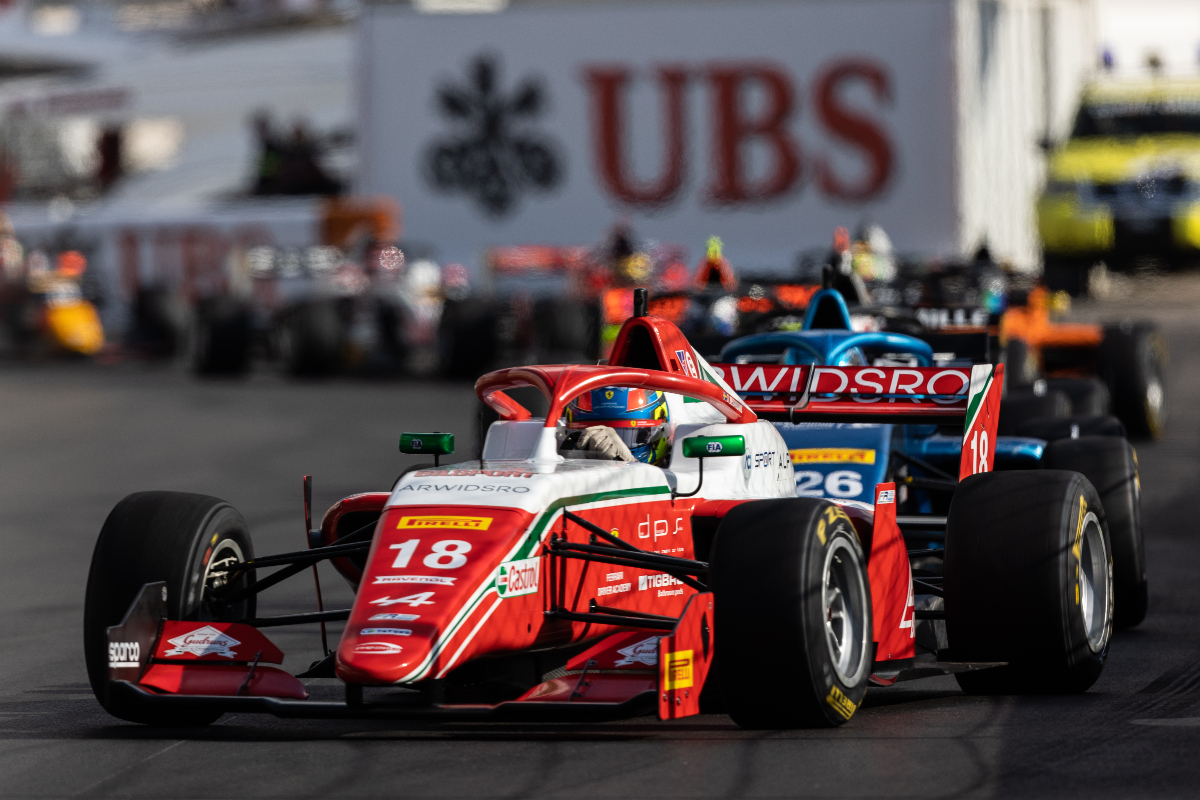 On his first visit to Monaco in 2021, Beganovic struggled. “It was tough because I didn’t get a lot of track time in the beginning. Practice was interrupted quite early because I had an incident and after that it was tricky,” he recalled.

As a result, he would start from the 11th row for both races, meaning “it was impossible to do something from that position”.

“It’s another year now and so I have a bit more confidence, but mainly the experience makes a massive difference, especially because it’s a street circuit. We get little running – just 50 minutes in practice, of which only 15 or maybe 10 minutes will be push laps because there will be full course yellows and red flags, so not a lot of running before qualifying.”

Ahead of round three, Beganovic’s goals were conservative, perhaps in recognition of the tight margins around Monaco: “We just need to be in the mix and score as many points as possible, not necessarily to go for the win or crash. So, top five or so.”

But once track running got underway, he was immediately at the front. He followed up fifth in free practice with a stunning lap to top his qualifying group and take pole position for Sunday’s race. That also earned him a front-row start alongside Hadrien David on Saturday.

As expected, overtaking proved close to impossible in the races giving Beganovic a victory and a second place for the third successive round, meaning he heads to Paul Ricard with a 55-point lead over Alpine Academy affiliate and 2021 FREC runner-up David who again looks to have belatedly kick-started his season.

Understandably, Beganovic was delighted: “Overall it has been a super good weekend. I’m very proud and happy for all the team and for how our work came together. It’s fantastic and magical to win in such a place like Monaco. I want to thank the team a lot because we have done an amazing job together. To keep this up will be difficult, but we will try.” 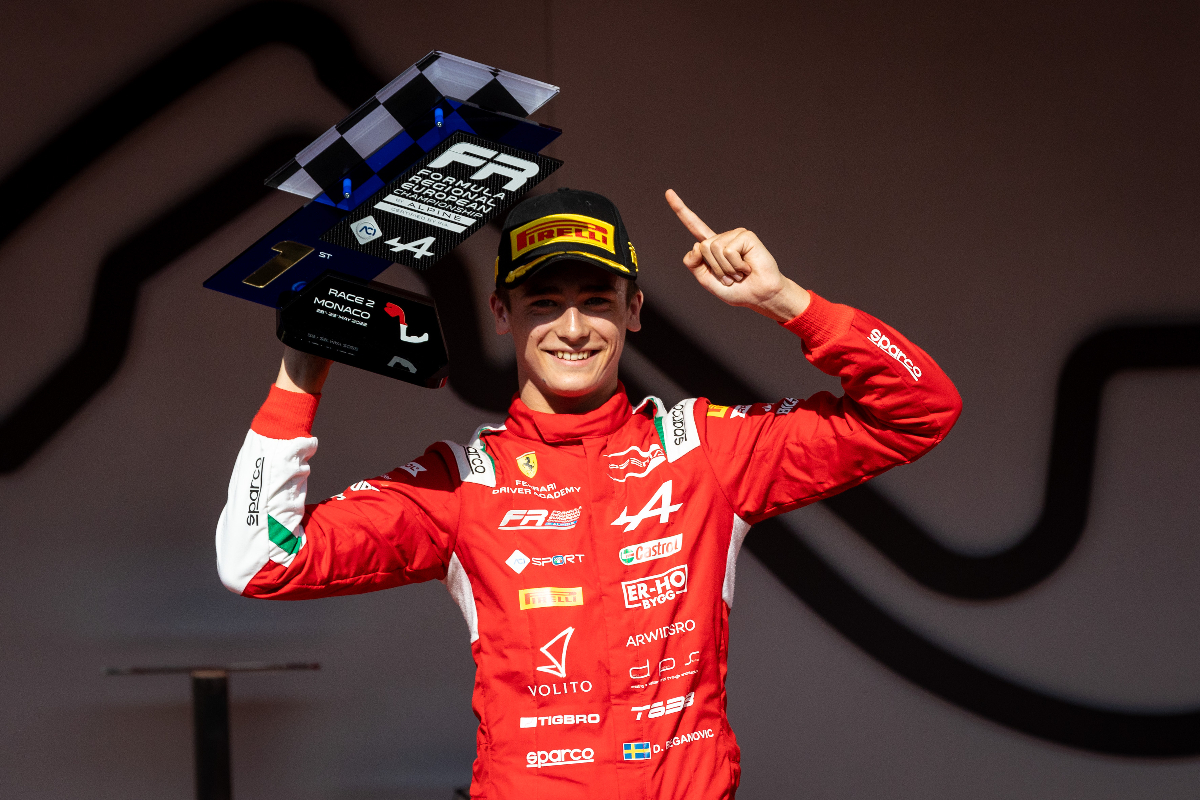 The Swede’s fortunes were in marked contrast to those of Aron, who came into the weekend aiming to improve on his third place finish from 2021 at a circuit he loves.

“Last year we were really strong here. I was confident, the car was quite good and the pace was good. We just got a bit unlucky but it’s Monaco, so you can expect it.”

“I love street circuits. Some drivers drive on instinct and some off talent. Racing is about learning and adapting as you drive,” he added, highlighting how the track can change over the weekend.

“[With limited track time] you’re always learning and learning. I think Monaco adds a lot to the championship and shows which drivers can adapt the best. You just have to build up the session and get there.”

Aron echoed Beganovic’s comments on Prema’s improvements, and that “I have more experience and I’m more confident” too. Specifically, he highlighted the new softer-compound tyres provided by Pirelli for 2022 as an area where “it seems we’ve gotten on top of them more than the others”.

He acknowledged that “Monaco is a completely different world compared to everything else” but predicted with Prema’s experience of the circuit “we’ll be really strong”. Ironically, given what would transpire in qualifying, he also added that “experience always helps, and maybe being a bit more mature, knowing where to push and where not” because if you “go into the session thinking you know exactly what to do and doing it straight away, that’s how you end up in the wall”.

The weekend started strongly for the Mercedes-AMG Formula 1 junior as he was fourth fastest in free practice on Thursday. 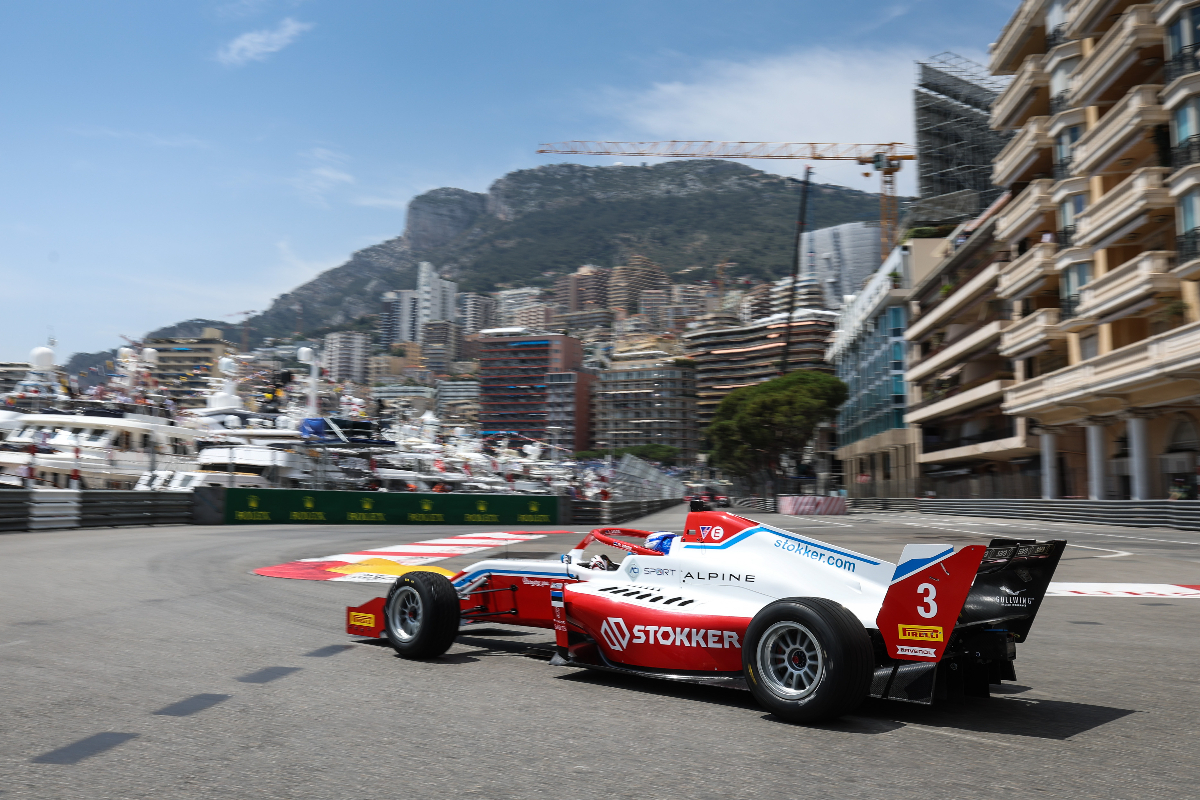 However, in the sole session for his qualifying group early on Friday, Aron clouted the barriers on the exit of Casino Square on his fifth lap, which “broke my front-left suspension and that was basically the end of the weekend for me”.

Monaco’s grid limit meant 28 drivers could start each race, and across the two qualifying groups only the top 19 from the 37-strong field would do both races. Everyone else was guaranteed a starting spot for one race, but without a representative laptime from qualifying, Aron had to get dispensation from the stewards to allow him to take the start of race one on Saturday.

“I did my best to recover, but on this track it was never going to be easy,” said Aron, who gained three places from 28th on the grid during his sole race. “There’s nothing else to do to regroup and try to rebound next weekend.”

The next FREC races are at Paul Ricard, and the other half of Prema’s line-up will join Aron in needing to rebound as Sebastian Montoya and Hamda Al Qubaisi both failed to score in Monaco.

Beganovic meanwhile is on a roll, but there were disappointingly few Swedish fans in the stands to cheer his Sunday win.

“I’ve seen a little bit [of flags] but not that much,” he said. “You can hear some Swedish people during the track walk but not as much as maybe when Marcus Ericsson was driving [in F1].

His win would turn out to be Ferrari’s only success in the principality, as the F1 team flustered in the grand prix, and then a few hours later Ericsson won the Indianapolis 500 to complete a highly successful weekend for Swedes in single-seaters.