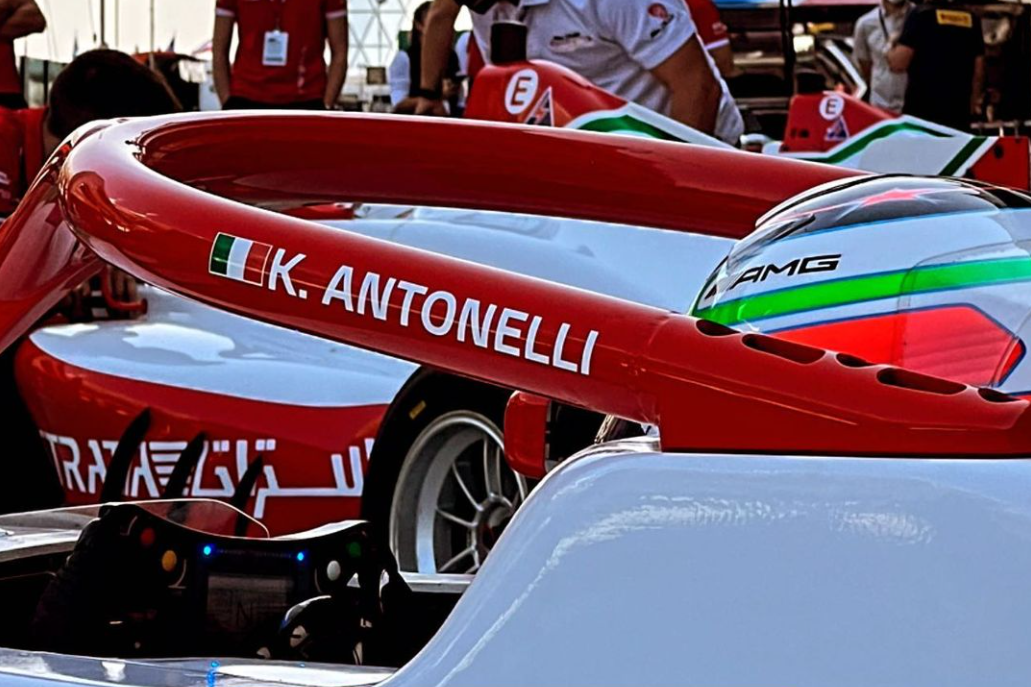 Prema’s Andrea Kimi Antonelli set the pace by over half a second in Italian Formula 4’s pre-event test session on Thursday at Misano.

Antonelli’s benchmark laptime, a 1m35.682s, was set at the end of the first half of the four-hour morning session, with little action taking place after that on a hot track.

Cars Racing’s Andreas Frassineti set the initial pace, before Van Amersfoort Racing duo Emmo Fittipaldi and Martinius Stenshorne then went fastest after 10 minutes of running. At the same time, BWR Motorsports’ Rishab Jain went off into the turn 13 gravel but managed to return to track without disrupting the action.

Antonelli went to the top for the first time after 12 minutes, setting a 1m37.979s to go 0.022s faster than Stenshorne. His Prema team-mate James Wharton bettered him shortly after by over half a second, with PHM Racing’s Taylor Barnard also outpacing Antonelli, before the Mercedes-AMG Formula 1 junior responded four minutes later by breaking into the 1m36s.

There was then red flags out for 15 minutes as PHM’s Jonas Ried got into trouble on track and oil was left on the asphalt on the two straights between turn six and turn 10.

Fittipaldi returned to first place with a 1m36.882s after five minutes of the track going green again, and was then pipped by US Racing’s Kacper Sztuka just after the first hour was done. Drivers had been warned on track limits throughout the morning, and Barnard and US’s Alex Dunne were shown the black flag – with BWR Motorsports’ Alfio Spina later getting the same – and given five-minute pitlane penalties for repeated track limits violations.

Marcus Amand, the third US driver, lowered the pace by 0.630s and sat on top until Antonelli went fastest again after one-and-a-half hours. The 1m36.205s lap he set stood as the fastest until his own improvement.

There was a second stoppage late on as Jenzer Motorsport’s Ethan Ischer faced an issue. This weekend he will have Valentin Kluss joining him in the team’s line-up, while former junior karter Manuel Quondamcarlo makes his first race appearance with AS Motorsport and Kim Hwarang and William Karlsson debut at BVM Racing.

Reigning Formula Nordic champion Karlsson was supposed to be racing in the now-cancelled ACCR F4 season opener at the Red Bull Ring this weekend, but his Renauer Motorsport team had not taken delivery of its cars yet.

The contrasting fortunes of Prema’s FREC contenders in Monaco