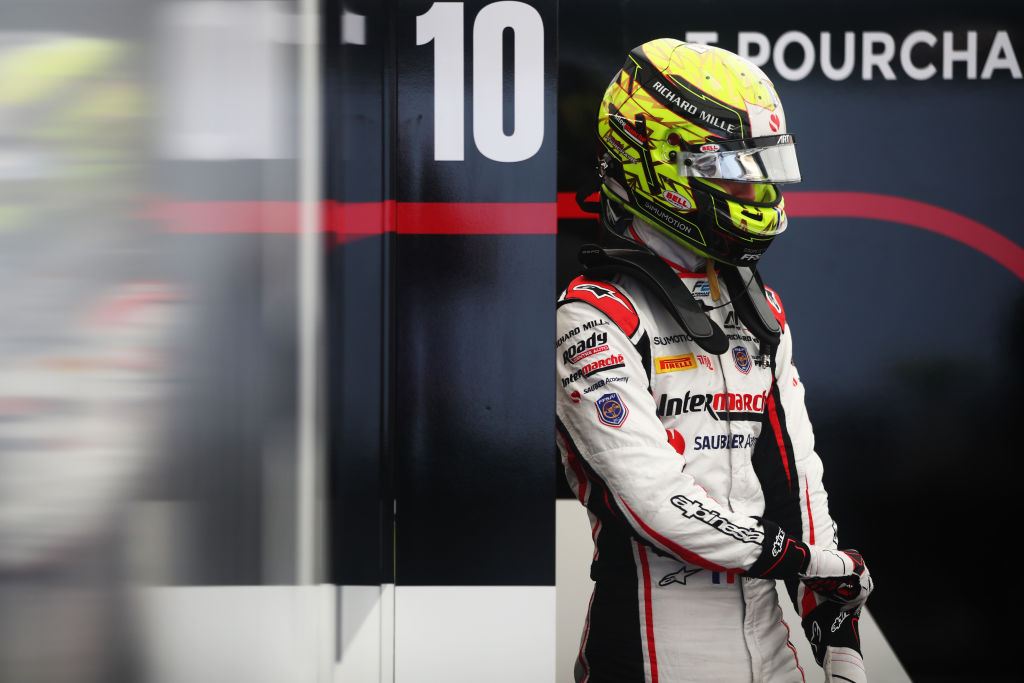 Theo Pourchaire has made a frank remark about being outpaced by his Formula 2 team-mate Frederik Vesti at Barcelona, saying he “cannot accept” such a situation.

The two ART Grand Prix drivers qualified third and seventh respectively in round four of the season at Barcelona, with Vesti faster by 0.149 seconds. That meant Pourchaire started ahead of him for the reversed-grid sprint race, and finished fifth to Vesti’s seventh, but in the feature race Pourchaire was eighth while Vesti reached the podium for the first time in third place.

In Monaco last weekend it was Pourchaire back on top, as he qualified second and then came sixth and second in the two races while Vesti failed to score both times. Following his runner-up spot in Monaco, Pourchaire referred back to Barcelona.

“I think I can do better. I’m not at my best, for sure. In Barcelona I missed the weekend completely,” he said.

Pourchaire is currently second in the standings, 32 points behind MP Motorsport’s Felipe Drugovich, and was feature race winner at Bahrain and Imola. Vesti, who is an F2 rookie, has 25 points to his name and sits 14th in the championship table.

What’s in Minardi’s inbox as he takes over FIA single-seater role?