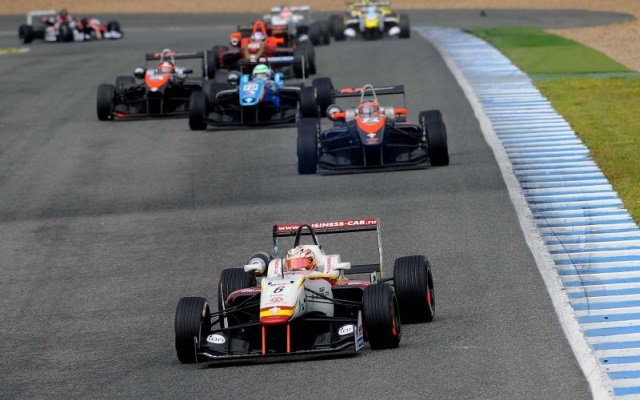 Tereshchenko made a great start and established a lead of two seconds in the beginning of the race, a gap he controlled until the very end.

Dzhon Simonyan grabbed fourth just ahead of Vitor Baptista, who stole fifth from Igor Walilko in a final-lap overtake.

Yesterday’s race winner Alessio Rovera made a storming start by gaining four places from ninth but eventually wound up seventh.

The top ten was rounded out by Andres Saravia, Tanart Sathienthirakul and William Barbosa.

UPDATE: Igor Walilko has received a ten-second penalty for non-respect of yellow flags and has been demoted to P11. Race one winner Alessio Rovera inherits P6.