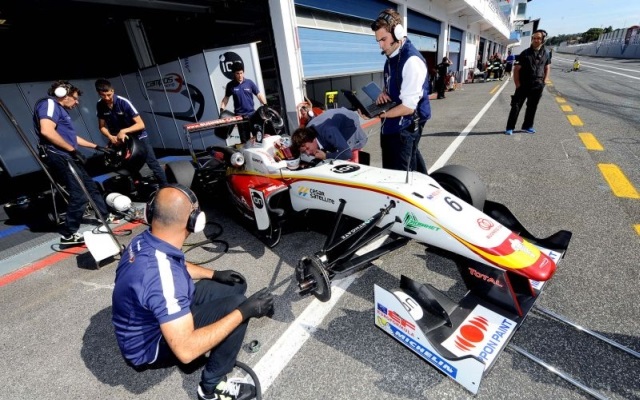 Konstantin Tereshchenko maintained his top form in Euroformula Open to claim the pole position for the second race of the Estoril weekend.

Similarly to yesterday’s qualifying, the Russian took the lead after the pit stops about halfway through the session and there was no beating him afterwards.

His closest rival in the points, Vitor Baptista, also repeated his result from Saturday by taking second, narrowly edging out West-Tec’s Tanart Sathienthirakul.