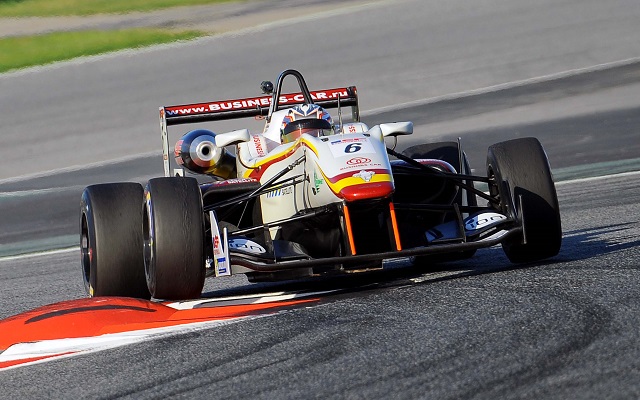 Konstantin Tereshchenko repeated his Saturday qualifying performance by securing another important pole position at Catalunya, his eighth of the season.

The Campos driver narrowed his championship deficit by one point to 20 for the final race, where the Russian needs to win and set the fastest time and have Vitor Baptista?not to be one of the five top point-scoring drivers.

The Brazilian, set to start from sixth, does not fulfill this requirement at the moment since Ferdinand Habsburg and Daniel Juncadella, both guest drivers, ended the session in second and fifth respectively which effectively puts Baptista in fourth.

The championship leader was in the lead after the first half of the session but found himself half a second down on Tereshchenko’s benchmark time in the end.

The Russian improved his lap time on several subsequent occasions and was the only driver to dip below a 1m40s barrier, edging debutant Habsburg’s Drivex machine out by 0.049s.