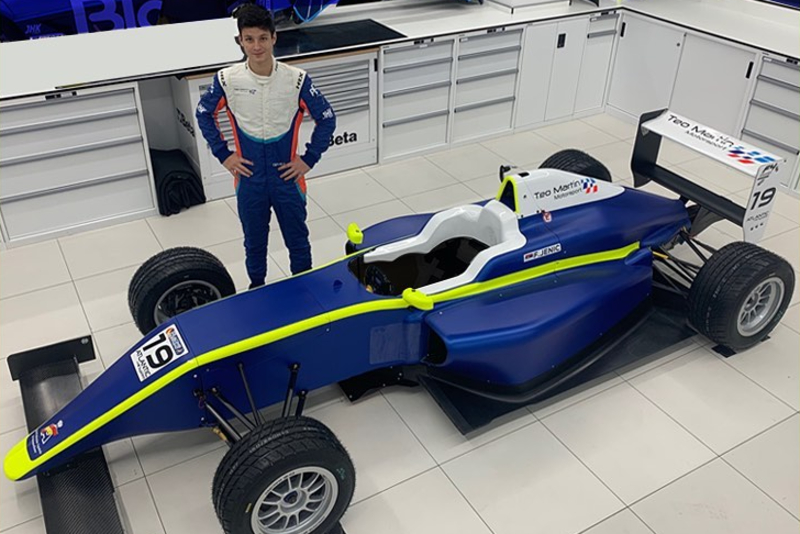 Teo Martin Motorsport has announced Serbian karter Filip Jenic as the second driver for its return to single-seaters in Spanish Formula 4 this year.

Jenic was a champion of the Central European Zone in Mini and then junior-level karts, before stepping up to senior karting last year and finishing 21st in the Rotax Max Challenge International Trophy.

In 2019 he represented his nation in the CIK-FIA Karting Academy Trophy and came 10th in the standings.

“I’m extremely happy to join Teo Martin Motorsport for the upcoming Spanish Formula 4 championship for my debut season in single-seaters,” Jenic said. “Really looking forward to work with such a great team in order to achieve great things.”

Jenic’s career has been scouted out by compatriot Milos Pavlovic, who was a race-winner in Formula Renault 3.5 before switching to sportscars and establishing a successful career there.

Pavlovic said to Formula Scout last year that he thinks Jenic could be “top class” if he approaches his upcoming move to single-seaters “in the right manner”.

“We are delighted to welcome Filip to the TMM family for the 2021 Spanish F4 season,” read Teo Martin’s statement announcing Jenic’s arrival.

The Spanish squad has been out of single-seater racing for a year, having been a regular in Euroformula and briefly in FR3.5 successor Formula V8 3.5 in the 2010s.

It departed Euroformula when the championship switched to its new Dallara 320 car last year, but with its roots in single-seater racing was immediately looking for a return to open-wheel cars and joins fellow ex-Euroformula outfit Campos Racing in debuting in Spanish F4 for 2021.