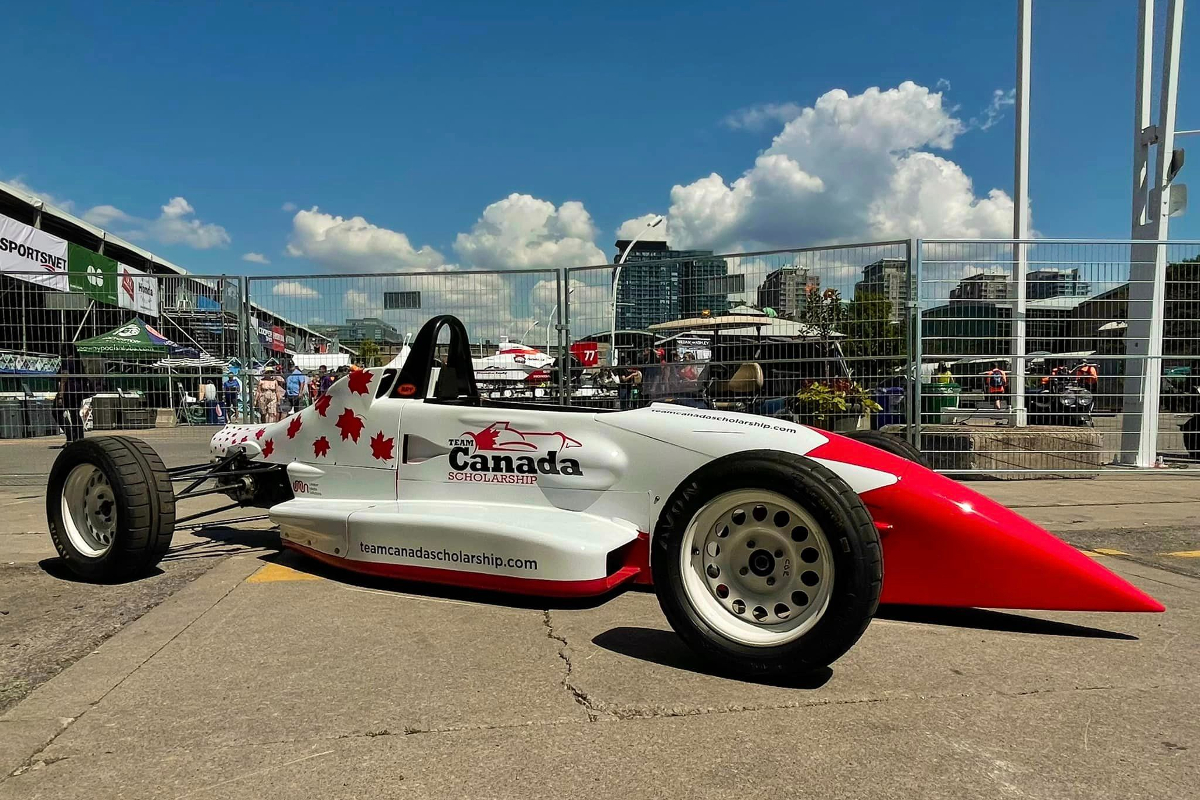 The two Team Canada scholars for 2022 have been named, and will be representing their country in the Formula Ford Festival and Walter Hayes Trophy.

Jake Cowden and Kevin Foster, both 18, are the two winners and will be contesting the end-of-year FF1600 events with Scottish team Graham Brunton Racing. In previous years, Team Canada scholars ran with Cliff Dempsey Racing.

GBR is currently competing in the Formula 4-spec GB4 championship and the dwindling Scottish FFord series, and has long participated in the FFord Festival and WHT in addition to appearances in the BRSCC National FF1600 championship.

Cowden has been one of the top stars in FFord-type racing across the world this year in his second season in single-seaters.

He came fourth in the Ontario-based Toyo Tires F1600 series in 2021 and was champion upon his return this season, while in Quebec’s Formula Tour 1600 he also starred as a rookie last year then was a serial winner in 2022. At the Canadian Grand Prix in Montreal he was denied a double win in dramatic circumstances following a penalty, then at GP de Trois-Rivieres he won all three races.

Foster meanwhile has also had a successful 2022, having won the FEED Racing France shootout at Magny-Cours earlier this month. By triumphing in the Jacques Villenevue-organised contest, he has earned himself a French Formula 4 seat for 2023.

To get to that shootout the Canadian-Korean had to win a karting shootout in Canada, and is also the current Rotax Max Challenge Canada champion. Before karting he used to race on dirt bikes.

There were over 60 applicants aged 16 to 20 for this year’s Team Canada scholarship, and the winners were selected via a shootout for the first time. Six drivers were invited to former Canadian GP venue Mosport’s development track layout on August 28/29 and drove in winged entry-level Van Diemen single-seaters., and were judged by former IndyCar stars James Hinchcliffe and Robert Wickens, Team Canada founder and successful F1600 team boss Brian Graham, IMSA driver Kyle Marcelli and IMSA engineer Ian Willis.

Previous Team Canada scholars have included Scott Hargrove and Parker Thompson, and usually there has only been one scholar each year.

The four losing finalists at the shootout were Connor Clubine, who came third in Toyo Tires F1600, United States F4 racer Louka St-Jean, Emily Ryan, who currently sits ninth in the Challenge Cup Series for Formula Vee cars, and karter Robert Soroka who raced in US F4 in 2019 and has more recently competed in Radical Canada East Cup.

The FFord Festival runs on Brands Hatch’s Indy layout on October 22/23, and the WHT takes place on Silverstone’s National track on November 5/6.

Canada’s scholars will be up against three scholars from the USA, who will race for Ammonite Motorsport (the team CDR became after an ownership change), while at the FFord Festival there will also be the first ever Team Brazil scholar who will drive for Swift Cooper. At least one young driver from New Zealand is expected to make it onto the Festival grid.