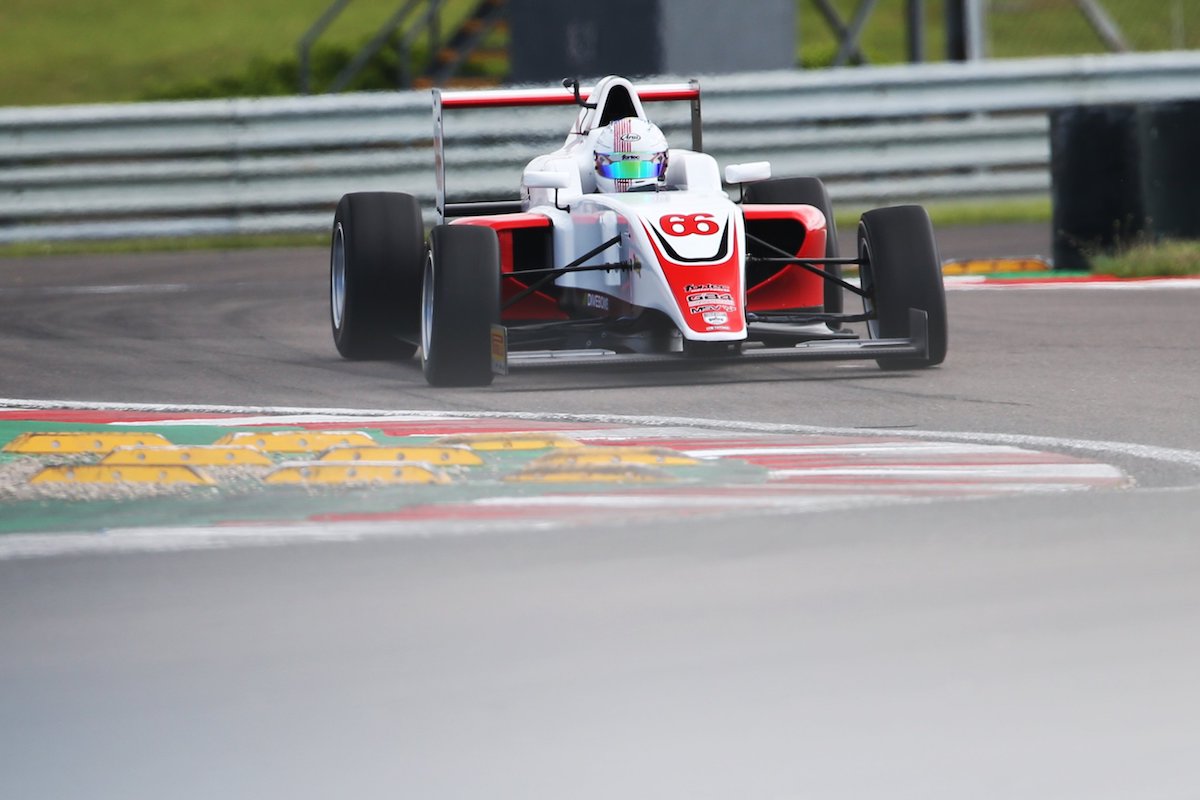 Taylor led from start to finish from pole to beat Marzorati by 0.332 seconds, while Daryl DLeon Taylor and Valour Racing scored a podium finish in their first race in the series.

Elite Motorsport’s Alex Walker, who led the standings prior to the weekend, made a great start from the second row of the grid to challenge Taylor for the lead into Redgate.

But Walker ran wide on the exit and dropped to fourth behind Hillspeed duo Max Marzorati and Megan Gilkes, the latter having made a poor getaway from the front row.

Gilkes was demoted to fifth by Walker and Kevin Mills Racing’s Tom Mills at Melbourne on the second lap, and soon came under pressure from DeLeon Taylor. The Filipino-British driver had a look up the inside of Gilkes into Redgate, and then made a move stick into Melbourne.

Taylor, meanwhile, pulled out a lead early on before Marzorati closed the gap down to under half a second in the closing stages, but was unable to find a way by before the chequered flag.

Walker, who had also been closing in on Taylor while running third, lost time and slipped back behind Mills. As he tried to fight back, DeLeon Taylor pounced to nip past the pair into third into Melbourne and then pulled away.

Mills held on to fourth, with Walker and team-mate Jack Sherwood close behind. Gilkes came home seventh, having lost out to Sherwood late on.