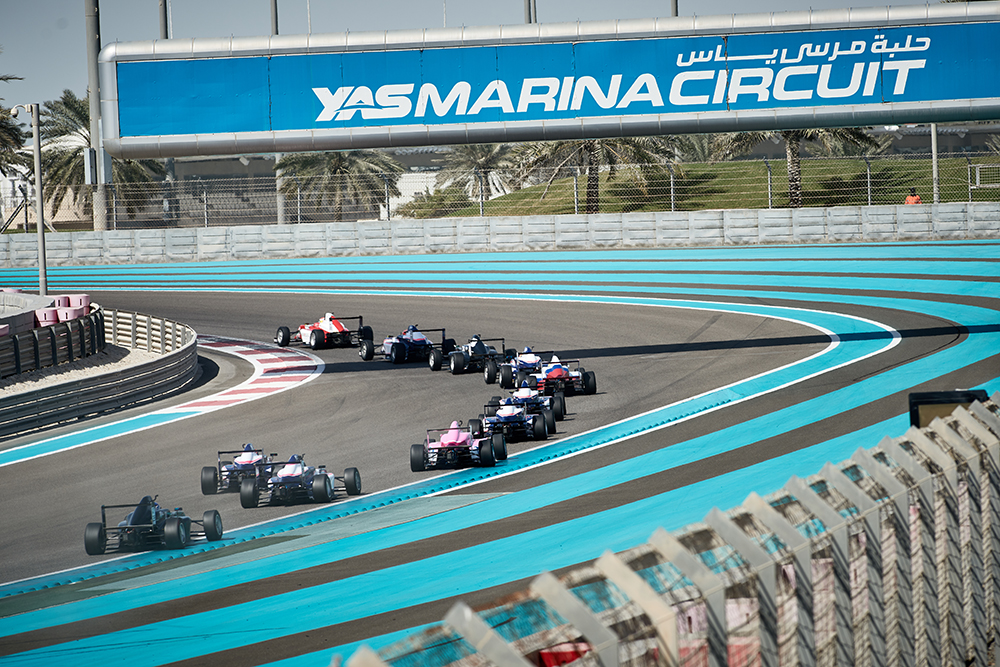 Formula 4 United Arab Emirates organiser Emirates Motorsports Organization has confirmed it will run a non-championship round at this year’s Abu Dhabi Grand Prix to debut its new car.

The 2022 F4 UAE season, which will run over five rounds through January and February, was to mark the debut of Tatuus’s second-generation Formula 4 chassis. But organiser EMSO planned to show the car competitively at the end of this year.

That has now been finalised with a pre-event test day at the revised Yas Marina Circuit before a race weekend that will include close to two hours of track time. In previous years that was based around running one qualifying session and two races.

“With the new Gen2 Tatuus race car and us returning to race in front of Formula 1, this season will be our biggest yet,” said F4 UAE promoter Craig Thompson.

“It was a huge thrill last time we competed at the Abu Dhabi GP, and to now do so with the brand new Tatuus race car, and on the newly configured Yas Marina Circuit layout, adds that extra level of excitement. We’ve had a fantastic response since announcing the new car and orders are already coming in, so we’re hoping it’s going to be a thrilling season of racing ahead.”

The changes to the circuit include the removal of the turn four/five chicane and taking out the turns 11 to 14 complex to replace it with a single, banked left-hand curve. The final sector has also been revised to speed it up.

At least two other test days before the Abu Dhabi GP weekend on December 9-12 will be organised for teams already committed to the 2022 F4 UAE season, so they can get to grips with the new halo-shod and Abarth-powered T-421 car.

From F3 to rallying elite: Takamoto Katsuta’s route to the WRC podium