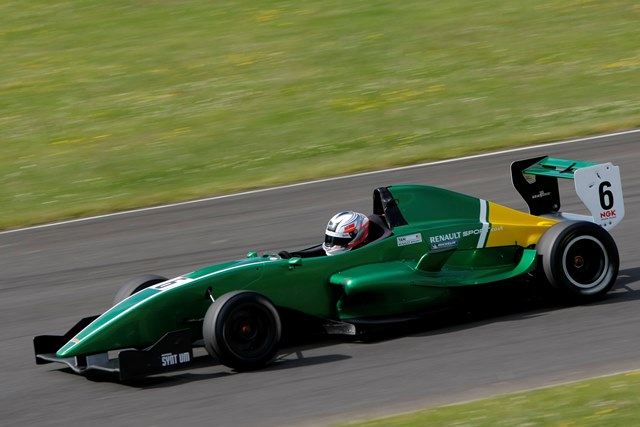 Caterham-backed driver Weiron Tan continued on with his streak from the previous round of the series, where he won all three races, as he clinched his first race victory in the Protyre Formula Renault event at Rockingham.

The Malaysian started the race? from pole position, kept the lead off the line and, as the race went one, showed much better pace than the opposition, including second-placed Chris Middlehurst.

Middlehurst,who is now mere points away from clinching the title, had a trouble-free race behind Tan. Although Sam MacLeod was set to pick up third, he ended up retiring from the race, with Hong Wei Cao inheriting the podium place.