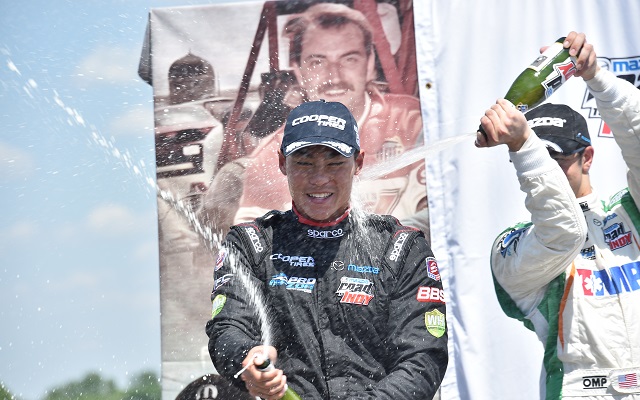 Malaysian driver Weiron Tan will return to Pro Mazda to contest his sophomore season in the championship.

The 21-year-old will switch from Andretti to Pelfrey as the former team is rumoured?to have exited the series.

He kicked off 2015 by finishing?second in the Pro Mazda Winterfest, failing to finish lower than second.

Tan converted his strong pace to the regular season to score four victories and six pole positions on his way to take fourth in the standings.

?My rookie year in the U.S. went really well and I cannot wait to get back into action in 2016,” said Tan.

“I came very close to winning WinterFest and was in the title fight for Pro Mazda throughout the season, so this year the aim is definitely to go for the Championship title and I?m in a strong position to do that with Team Pelfrey. St Pete can?t come soon enough.?

“Weiron showed scintillating pace last season, and as a competitor he kept us on our toes throughout and always gave us a lot to think about.”

“We are determined to battle for the Championship once again in 2016, and in order to do that, you have to be working with the best drivers.”

“With Weiron on the team, I think we have one of the most exciting young talents on the Mazda Road to Indy.”

Tan will race alongside USF2000 graduate Aaron Telitz at the team.