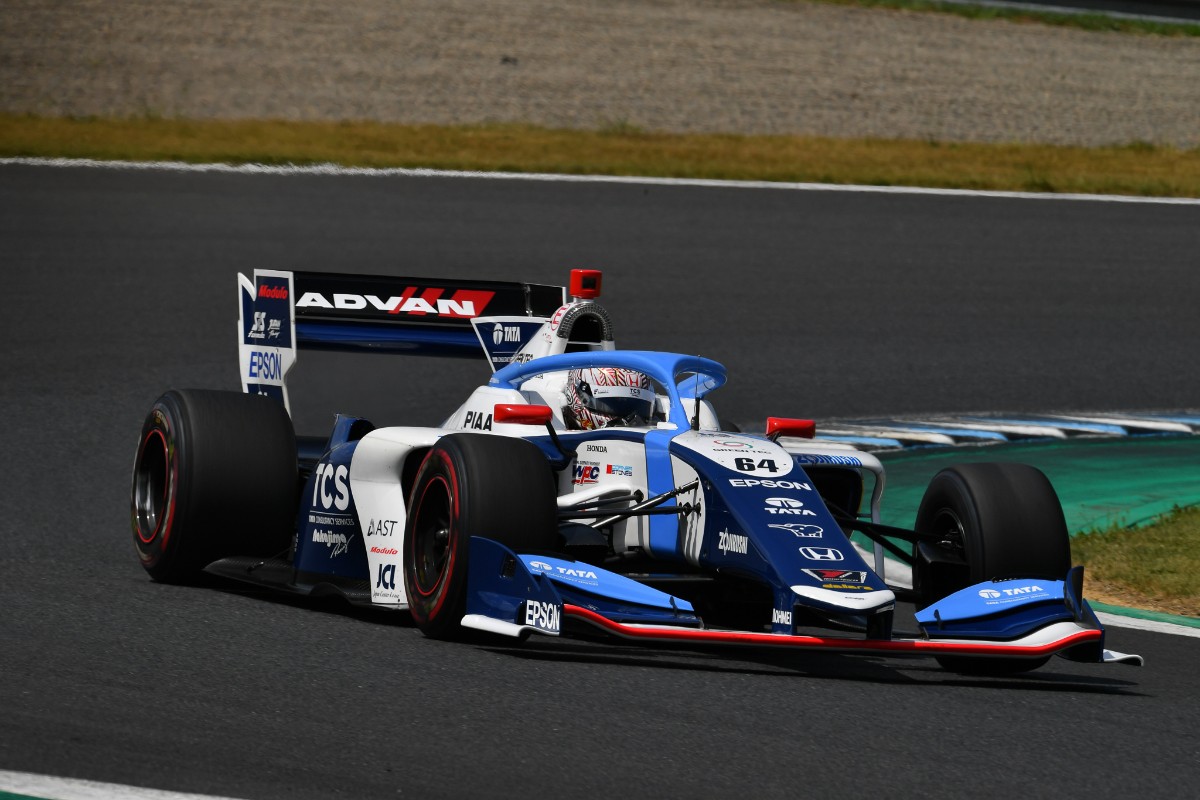 Tadasuke Makino was three tenths up on the rest of the field in Super Formula’s sole free practice session for its Okayama round.

B-MAX Racing by Motopark’s stand-in Mitsunori Takaboshi set the early pace, and was demoted from top spot by Team Mugen’s pre-event test pacesetter Tomoki Nojiri with half an hour left to go.

INGING’s Sho Tsuboi moved up to second place a few minutes later, and both were then surpassed by Makino while they were in the pits. Most of the grid went back to pitlane to make set-up changes at roughly the same time, meaning Makino’s time went unbeaten for some time.

He had actually made his own changes and returned to track when Team Impul’s Ryo Hirakawa beat his benchmark and became the first driver to break into the 1m12s.

This prompted a second trip to the pits for Makino to make further changes, although he was doing so less frequently than everyone else, and he put in a rapid 1m12.479s lap with two minutes to go to reclaim top spot.

One minute later the improvements from everyone else started to come, shaking up the order behind Makino.

A personal best first sector enabled Yuki Sekiguchi to beat his team-mate Hirakawa to second place, while a strong final sector from Makino’s team-mate Toshiki Oyu brought him up to third place before Sekiguchi set his lap and TOM’s duo Ritomo Miyata and Nick Cassidy put in their final efforts to make the top five.

The top 14 cars were covered by less than a second, with two-time champion Naoki Yamamoto (Dandelion Racing) continuing his test struggles down in 16th.