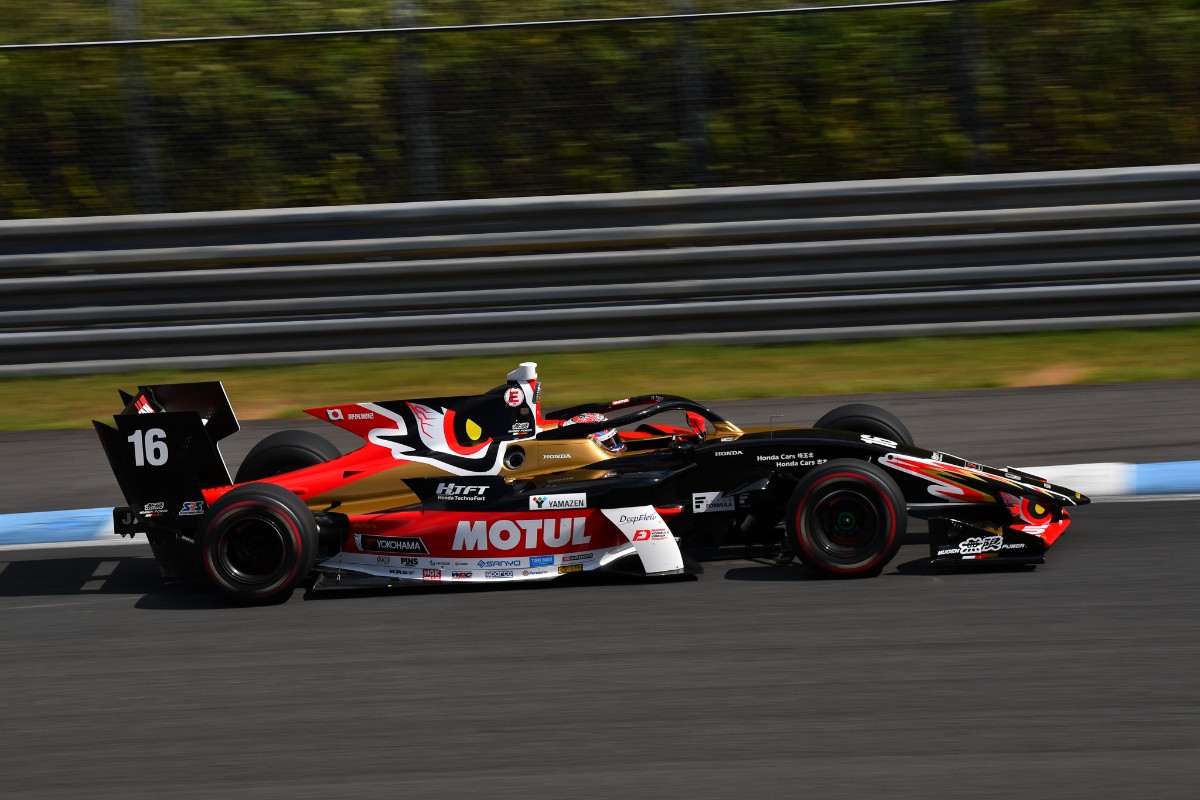 The Honda-backed team ended up with the best settings for the end of the morning session, with Nojiri going to the top of the times and his rookie team-mate Ukyo Sasahara going third fastest.

Between them was Toshiki Oyu, just 0.097 seconds slower than Nojiri on one of Japan’s shorter laps, and his Nakajima Racing team’s single-lap pace with the Dallara SF19 was once again evident as team-mate Tadasuke Makino was fifth.

Nirei Fukuzumi was the top Dandelion Racing car in fourth, with his esteemed team-mate Naoki Yamamoto languishing down in 12th place.

He had it better than the Toyota-powered runners though, who had dominated the season opener at Twin Ring Motegi, with Team Impul’s Yuhi Sekiguchi the best of those cars in sixth place.

INGING’s Sho Tsuboi was seventh, but he didn’t have much to smile about as he ended the session early by crashing at the high speed Attwood hairpin and getting beached in the gravel.

A red flag had interrupted the early part of the test too, when ROOKIE Racing’s Kazuya Oshima crashed at the first corner.

Ritomo Miyata outpaced reigning champion Nick Cassidy at TOM’S ahead of his debut in the series, and his Super Formula Lights rival Sena Sakaguchi did the same to his admittedly less experienced Kondo Racing team-mate Sacha Fenestraz,