He struggled in GP3 last year, but since stepping up to Formula Renault 3.5 Nick Yelloly has shone, and last weekend became the first driver in an ultra-competitive field to win twice…

Nick Yelloly scored points at just one race weekend in GP3 in 2011, but made his debut in Formula Renault 3.5 towards the end of the year and took to it like a duck to water, finishing the year with a second-place finish. He’s returned full-time in 2012 and after winning the season opener at Aragon he won again at the Nurburgring last weekend, getting the tyre strategy right in changeable weather conditions to become the first two-time winner of the season.

Nick began his career in karting, albeit at the relatively late age of 15, racing in the national Super 1 ICA/KF1 championships in Britain. He made his single-seater debut at the end of 2008 in the Formula Renault UK Winter Series where he finished 14th with four top 15 finishes from the four races – a solid if unspectacular start.

Nick contested the full Formula Renault UK campaign in 2009, ending up 19th in the points but considerable improvement over the year giving him five top ten finishes from the last eight races. At the end of the year he finished runner-up in the Winter Series behind Harry Tincknell, with two podiums from the four races.

Nick remained in Formula Renault in 2010, improving to seventh overall. He scored podium finishes at Snetterton and Silverstone before claiming a maiden pole position and subsequent victory at the Brands Hatch season finale.

In 2011 Nick stepped up to GP3, remaining with David Hayle’s Atech operation he had driven for in Formula Renault. He managed to score points at just one of the eight race weekends, on home soil at Silverstone. In the first race there he benefited from starting on wets as the rain fell to finish on the podium in third place. He started sixth for the reverse grid second race and remained there until the finish. Unable to score points in the remaining races, he ended up 21st in the final standings. 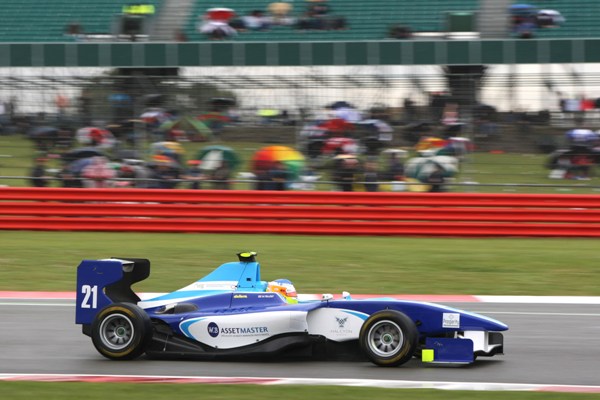 Nick finished on the podium in difficult conditions in front of the home crowd at Silverstone (Photo: GP3 Media Service)

For the Silverstone round of the Formula Renault 3.5 Series, Nick signed with the Pons team to race its car that had been driven by six different drivers in the previous six rounds. He impressed with his pace all weekend, finishing sixth in the first race only to be disqualified for not having enough fuel in the car. He remained in the car for the final two rounds at Paul Ricard and Barcelona, finishing fifth in the second race at Paul Ricard and then sixth and second in the two races at Barcelona – finishing the year 14th in the standings despite only doing six of the 17 races.

Nick remained in FR3.5 for a full campaign in 2012, now with the Comtec team. His season got off to the best possible start with victory in the season opener at Aragon. He was seventh at Monaco, then ninth and second in the two races at Spa. At the Nurburgring he decided to retire from the first race having been suffering from a stomach bug.

In Sunday’s race he bounced back to win after starting 14th. He held on on slicks during an early rain shower as others pitted for wets, only for the track to quickly dry again. Others who’d remained on slicks made the mandatory stop for more slicks but aware of the threat of more rain Nick remained on track and was able to make his stop for wets when the rain began falling again. That helped him to cross the line 27 seconds ahead of the opposition. He lies third in the standings, ten points behind joint leaders Sam Bird and Robin Frjins.

Talent rating: Nick appeared to be little more than ‘just another driver’ during his early years. But his performances in two different generations of Formula Renault 3.5 have been extraordinary, proving himself to be amongst the best in a super-competitive field full of champions from other categories. 7/10

Chances of getting to F1: Winning the FR3.5 title would certainly launch Nick into the limelight, but it remains? to be seen whether he can get the better of the more experienced drivers over the course of the season. If he were to return to the series next year he would be more experienced and would no doubt be amongst the favourites. He’s got a relatively large number of backers, many in the financial sector, and these could help him secure an F1 role. 7/10 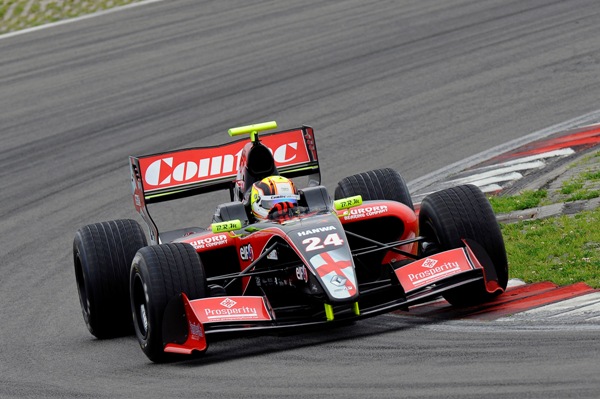