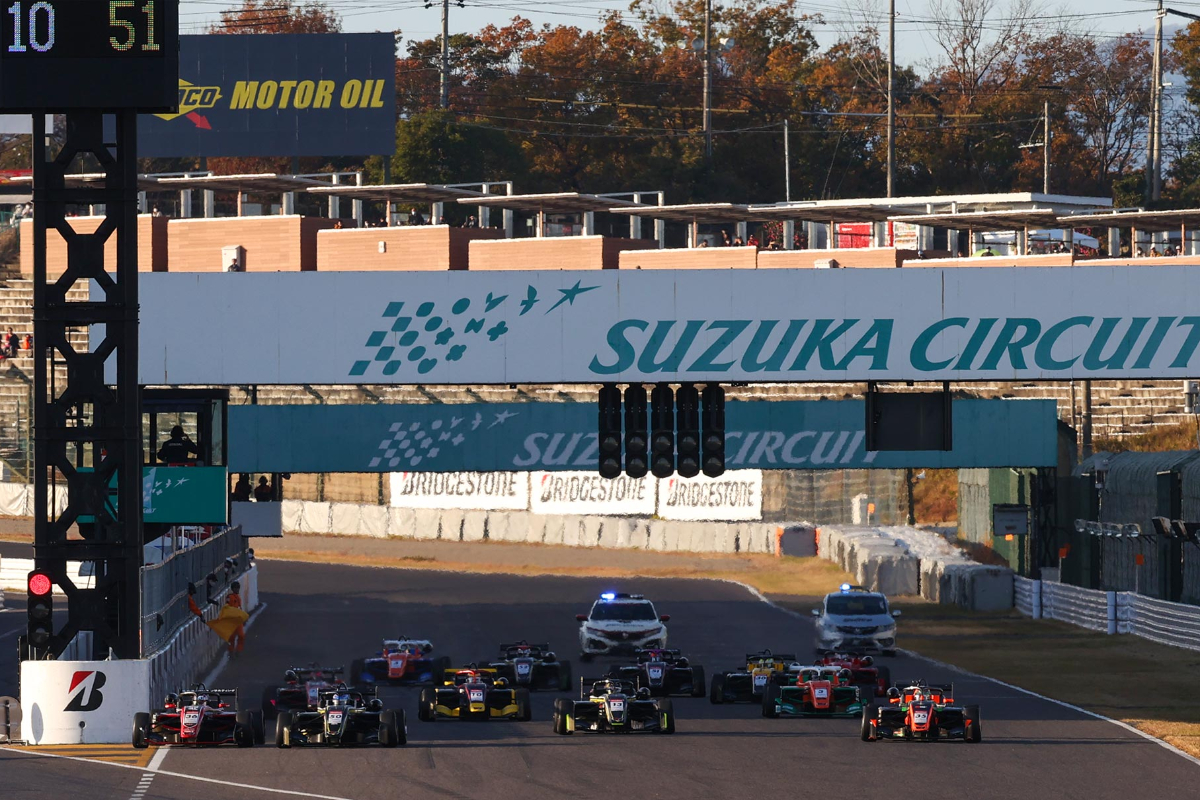 For the fourth year in a row there will be a six-round schedule, with each event consisting of three races. In the series’ previous iteration as Japanese F3, it used to have longer seasons with a mix of two, three and even four-race rounds.

Next year three events have moved later into the year, while one has moved slightly forward and two are staying on the same weekends that they have run on for the past seasons.

Racing will begin in 2023 with a trip to Autospolis on May 19-21. Although the date of the event has not changed, it has now moved to being the opening round and means the season starts six weeks later than usual.

Sportsland SUGO hosts round two on June 16-18, another unchanged date, but is now the second round rather than the fourth.

Suzuka moves from an April date to being visited by SF Lights on June 30-July 2, and Fuji Speedway – which has held the opening race event for the past two seasons – now slips into the second half of the season be being moved from early April to July 14-16.

The round at Okayama has been brought forward from its 2022 date by two weeks, and will now run on September 8-10 as the penultimate round on the schedule.

That means Twin Ring Motegi will host the season finale for the first time since 2007, with the final round of the year taking place on November 11/12. In recent years it had appeared on the calendar in an August spot, but from 2001 to ’07 was Japanese F3’s usual curtain closer.