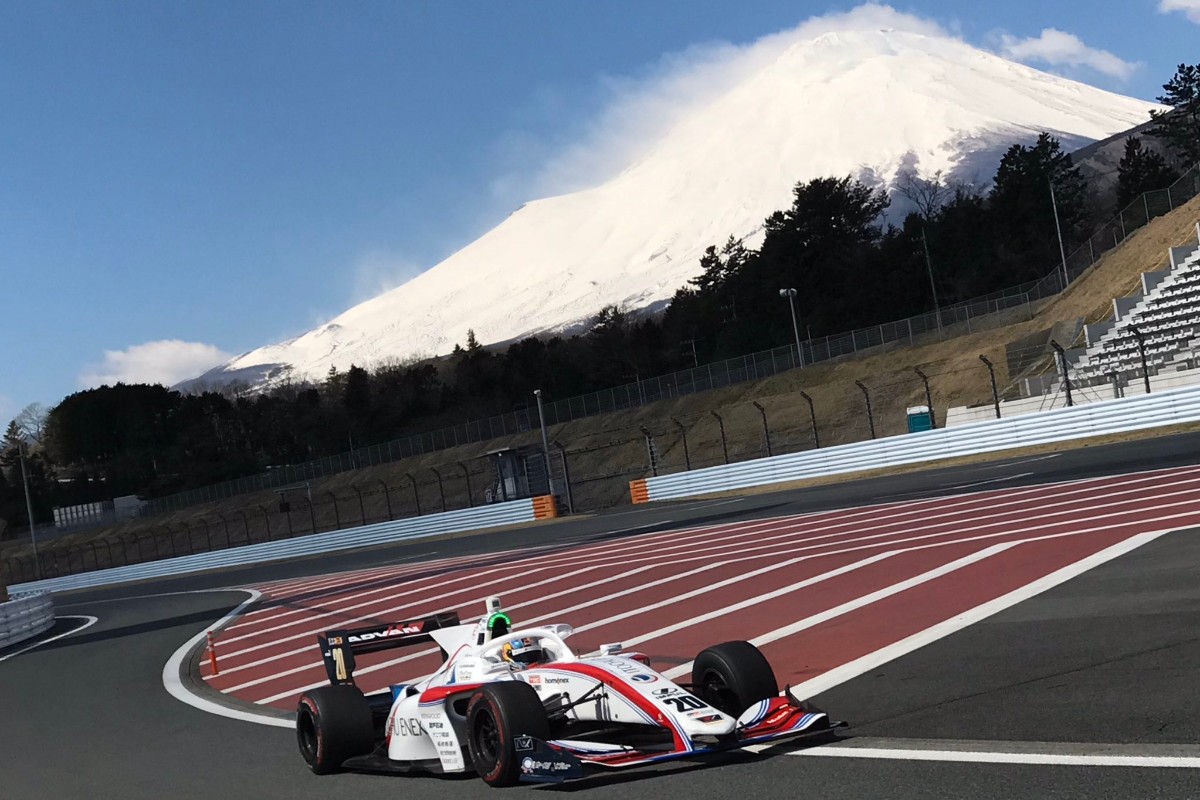 The day began with embarrassment for ThreeBond Racing with Drago Corse’s Tatiana Calderon and KCMG’s Kamui Kobayashi, who both had excursions on out laps that led to red flags on the cold track.

It wasn’t until 37 minutes in that the first proper lap was set, by Kondo Racing’s Kenta Yamashita, with Hirakawa then lowering the benchmark two laps later before Dandelion Racing’s Nirei Fukuzumi took over at the top.

Fukuzumi improved before the field all pitted, and when drivers returned to track it was Dandelion’s Naoki Yamamoto and Hirakawa trading fastest laps. Yamamoto prevailed with a 1m21.480s, with Hirakawa pitting rather than responding, and it stood as the best time until the final two minutes of the two-hour session when drivers emerged with new tyres.

Hirakawa went fastest with a 1m21.342s, with Nakajima Racing’s Tadasuke Makino also bettering Yamamoto. Team Mugen’s Tomiki Nojiri, Yamashita, Fukuzumi and Kondo’s Sacha Fenestraz were the only other drivers in the 1m21s.

Drivers were setting quick times from the off in the warmer afternoon session, with Makino on top for the first 18 minutes before Hirakawa bettered him by almost half a second. Both Dandelion drivers closed the gap to Hirakawa but couldn’t displace him from first before reconvening in the pits at the half-hour mark.

INGING’s Sho Tsuboi was able to beat Hirakawa when he returned to track, but he responded by lowering the pace by 0.9s then going back to the pits.

Yamamoto halved the gap to Hirakawa by the mid-point of the session, with Dandelion team-mate Fukuzumi cutting it further after another spell in the pits a quarter of an hour later.

While there were some improvements through the grid after that, it once again came down to new tyre runs at the very end for changes at the top.

Toshiki Oyu (Nakajima) became the first driver to lap sub-1m21s with just over a minute to go, with Fukuzumi going 0.019s faster a few seconds later. Yamamoto then lapped 0.007s short of Oyu, with Hirakawa leaving it until after the chequered flag to reclaim first with a 1m20.677s.