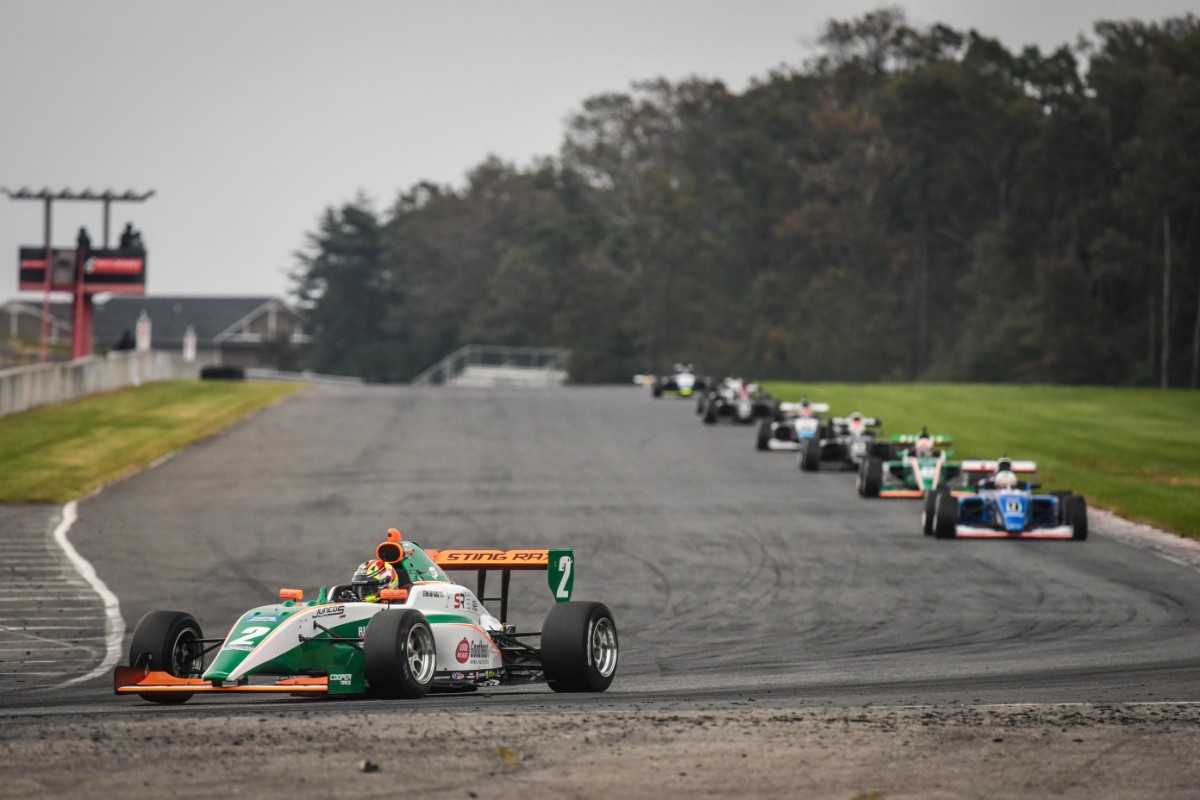 Juncos Racing driver Robb started second alongside Pabst Racing’s Colin Kaminsky – who compromised his race two result to gain the fastest lap needed for race three pole – but he messed up at the start and dropped back to fifth.

Things only got worse as team-mate Artem Petrov got past and worked his way up the order into third.

He was battling with Robb’s main title rival Devlin DeFrancesco when the pair made contact on the third lap of 25, ending both of their races.

With DeFrancesco out, Robb then only needed to finish sixth to secure the title prior to the St. Petersburg season finale. He held onto fourth for much of the race, before making a pass around the outside of Pabst’s Hunter McElrea late in the race.

Sulaiman’s pace in the wet was superior to that of Kaminsky’s, and the Mexican worked his way past in the middle of the race into a lead he wouldn’t concede.

Kaminsky still finished a season-best second, ahead of Robb, with DEForce’s Parker Thompson narrowly behind. McElrea slipped back to fifth.

Turn 3 Motorsport’s Danial Frost lost sixth position to DEForce’s Kory Enders on the final lap. The duo battled throughout with Thompson in what was arguably the best scrap of the race.

Abel Motorsport’s Jacob Abel and Turn 3’s Antoine Comeau rounded out the finishers in eighth and ninth. FatBoy Racing’s Charles Finelli, who did not race earlier in the day, once again did not participate.

There will be a six-way fight for second in the points heading to St. Pete, with DeFrancesco leading Petrov, Frost, McElrea, Thompson and Sulaiman.