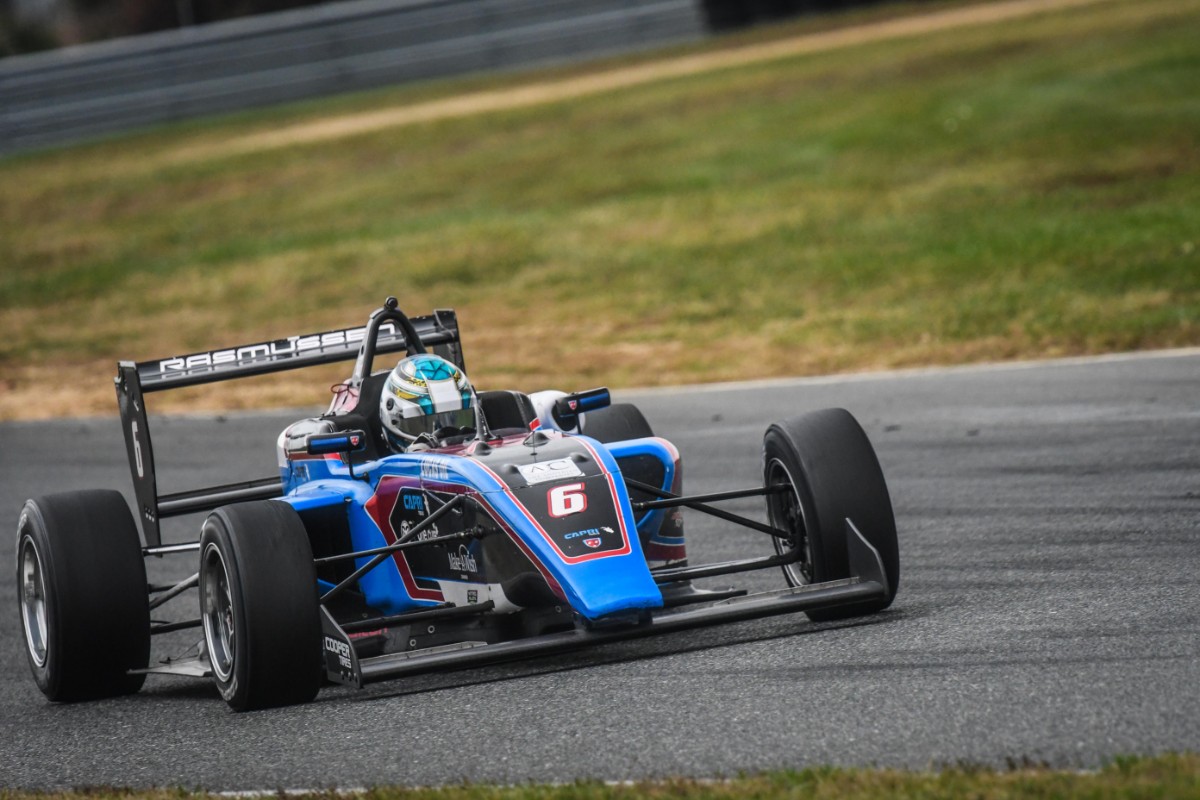 Eduardo Barrichello took pole for the opening race of the weekend, and the Pabst Racing driver resisted pressure from Rasmussen in the opening stages before pulling clear and taking his third win.

Cape’s Reece Gold, second in the points, had a challenging race as he slipped down the order to finish 15th.

Rasmussen was back on pole for race two, where he was pressured throughout by DEForce Racing’s Cameron Shields. It was a thrilling affair, but with no passing up front, with Barrichello and d’Orlando finishing not far behind.

Gold once again lost ground, and finishing sixth gave the opportunity for Rasmussen to end the weekend with securing the title.

The grid for race three, set by the previous fastest race laps, was fronted by HDD’s Nolan Siegel. Rasmussen, Shields and Barrichello rounded out the top four.

Siegel started well and led Rasmussen in the early stages. However, the rain started to fall on lap four of 20 and Siegel spun off and d’Orlando and Exclusive Autosport’s Christian Brooks quickly followed him. Rasmussen had to avoid, handing the lead to Shields, and the red flag was shown.

Prior to that, Rasmussen was in position to clinch the title, but the shuffle changed that as Barrichello came into contention.

Rasmussen retook the lead with a brilliant move around the outside to Turn 1 in the restarted race, as Cape’s Josh Green and Exclusive Autosport’s Prescott Campbell moved their way into the podium positions after starting mid-pack, while Brooks recovered to finish fifth.

Barrichello and Gold slipping down the order once again put Rasmussen provisionally in position to win the championship, and neither of his rivals were able to progress back up through the field.

Seventh for Barrichello and ninth for Gold meant victory for Rasmussen also brought him the title with two races to spare. He is the first non-Cape driver to win a USF2000 title since 2014, and first in the main series since 2010.