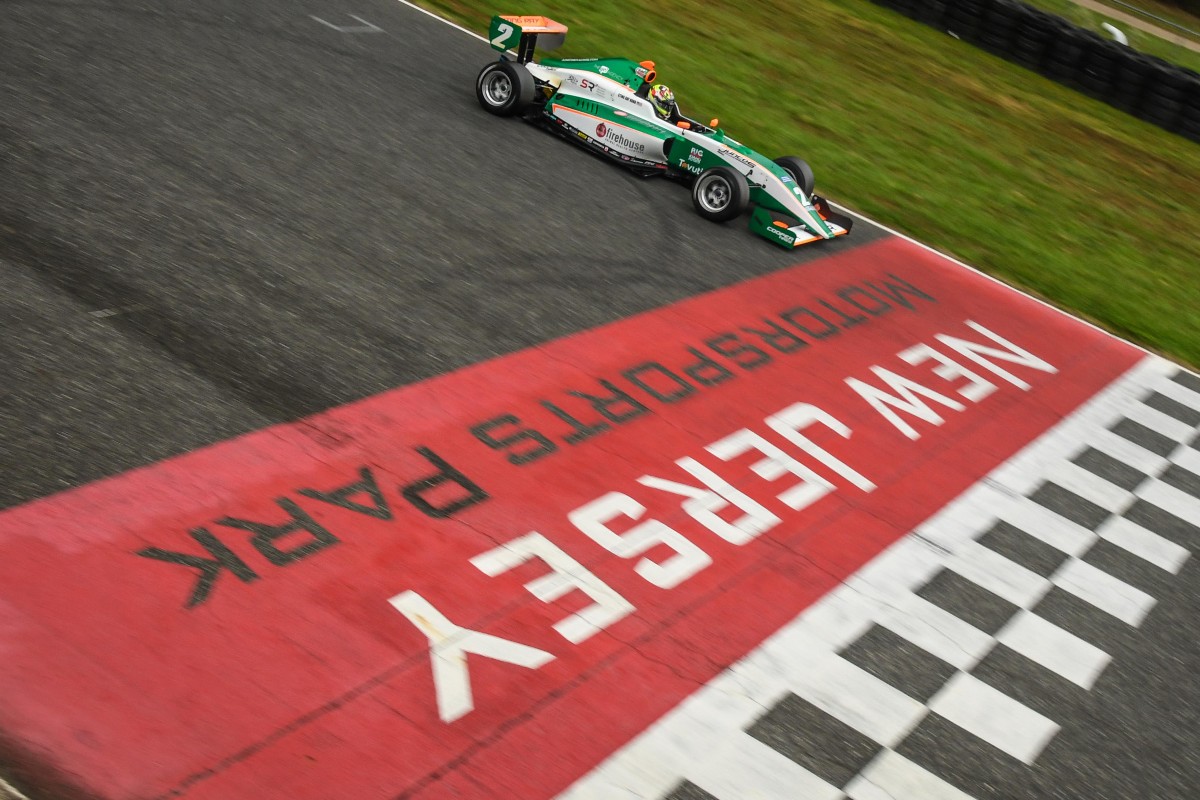 Robb started from pole and got a strong launch, as DEForce Racing’s Parker Thompson slotted into second.

Further back, title rival Devlin DeFrancesco locked up into Turn 1 and rear-ended DEForce’s Manuel Sulaiman. Sulaiman and DeFrancesco pitted for repairs, with the former returning to the track later on.

With the third and final race of the weekend expected to be wet and the grid determined by fastest laps in race two, DeFrancesco and Sulaiman were out on fresh tyres after repairs to put as quick a lap in as possible.

Robb had a considerable pace advantage over Thompson and opened up the gap to six seconds in the first 10 minutes of the race.

From there, his pace settled and was roughly matching Thompson behind towards the end. Thompson finished the race in second.

Juncos’s Artem Petrov rounded out the podium in third, holding off pressure throughout from Pabst Racing’s Hunter McElrea.

Turn 3 Motorsport’s Danial Frost climbed three places – the joint highest of anyone – as he finished fifth, ahead of Abel Motorsport’s Jacob Abel.

Frost’s team-mate Antoine Comeau was the last of the non-pitters in seventh and therefore the last driver on the lead lap.

Pabst Racing’s Colin Kaminsky relinquished sixth place for his gamble to pit, and while it dropped him two spots he did beat Robb to fastest lap and will therefore start the weekend’s final race from pole.

After failing to make it to the track in qualifying, FatBoy Racing’s Charles Finelli also did not start the race, and his participation in the third race also remains in question.