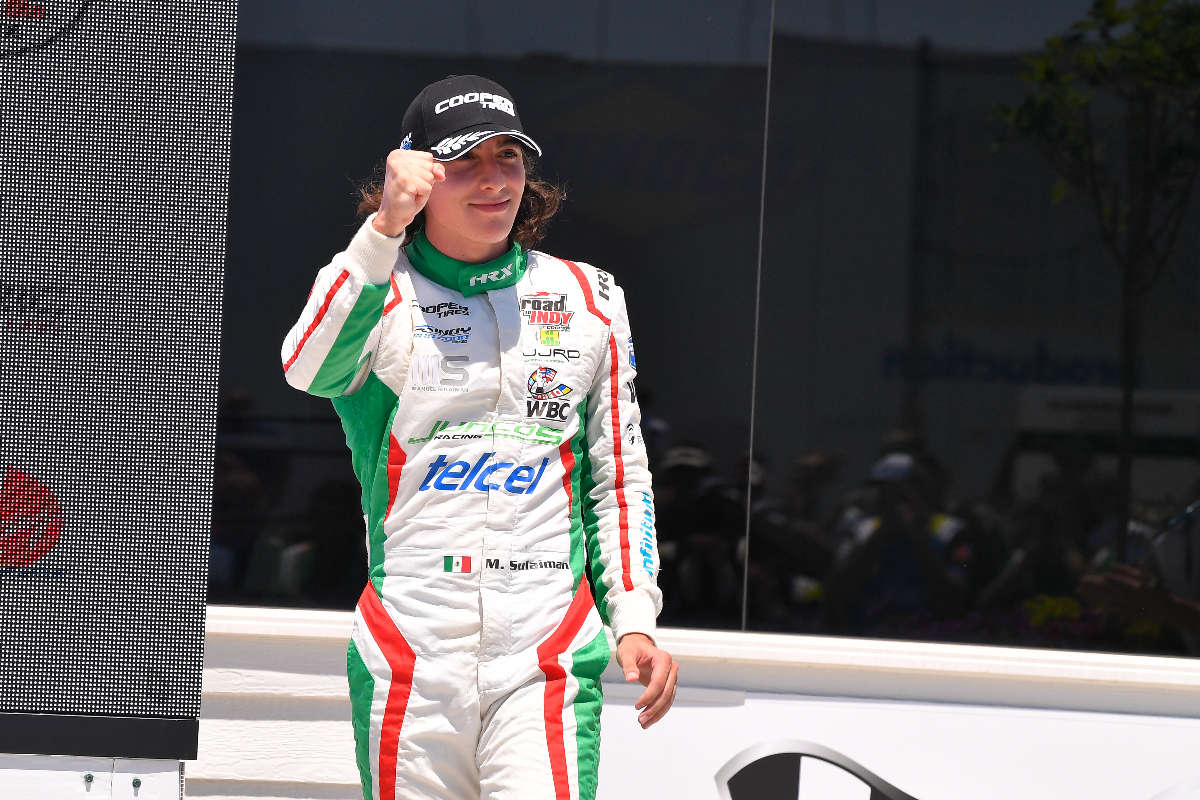 Manuel Sulaiman has announced he will sit out the rest of the Indy Pro 2000 season, which continues this weekend at New Jersey Motorsports Park.

Juncos Hollinger Racing driver Sulaiman is currently sixth in the standings with two rounds to go, with one win and two poles at Road America being the highlight of his season. He was sixth in IP2000 last year with DEForce Racing, and won two races.

The Mexican is now linked to a move up to Indy Lights, where there are provisionally two vacancies on the grid as Juncos has lost Toby Sowery and HMD Motorsports has a spare car if Nikita Lastochkin doesn’t find the budget to drive it again.

“We have decided to leave the Indy Pro 2000 championship,” said Sulaiman. “I am 100% focused on the future of my racing career and those details will be announced very soon.

“I am very grateful for everything to Road to Indy and the Indy Pro 2000 championship as well as its organisers. I have lived and learned this year. The IndyCar series is still my goal.

“I wish success to all the drivers with whom I have raced this season and I send them the best of luck. I especially wish the best of luck to my team, Juncos Hollinger Racing, my team-mates and my mechanics. Thank you very much and I hope to see you on the track soon.”

Sulaiman’s departure has left the IP2000 grid at just 10 cars this weekend, and it was Jay Howard Driver Development’s points leader Christian Rasmussen who set the pace in the two pre-event test sessions.

In free practice he was fastest again, but he was closely matched with Pabst Racing’s Hunter McElrea whose best lap was just 0.0193 seconds slower.

Wyatt Brichacek was also within a tenth of a second of the pace in the second of JHDD’s cars, while Rasmussen’s main title rival Braden Eves was fourth fastest for Exclusive Autosport and 0.1075s off the top.