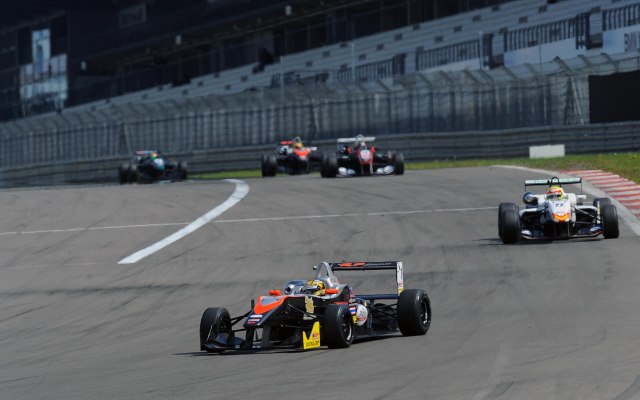 It all started with drama for Yu Kanamaru, who stalled on the second spot of the grid and lost several positions. However, Kanamaru’s teammate, Igor Urien took the lead after a phenomenal getaway, starting from tenth. The Spaniard’s lead did not last long though, as both Stuvik and Alex Palou passed him in the first lap.

As the race went on, Stuvik seemed untouchable and his lead was also helped by the fact his two nearest challengers hit trouble, with Palou retiring and Urien having to serve a drive-through penalty for jumping the start.

Eventually Stuvik finished the race with a ten seconds lead over his teammate Artur Janosz. Cameron Twynham secured third, closely followed by Tanart Sathienthirakul, who put big pressure on the Briton in the last couple of laps.

The following positions were decided by lots of action among several drivers. Finally, it was Che One Lim, Damiano Fioravanti and Konstantin Tereshchenko who finished fifth, sixth and seventh, all of them recording their best results in the championship.

The rest of the top ten was completed by Andres Saravia, Nicolas Pohler and Wei Fung Thong.