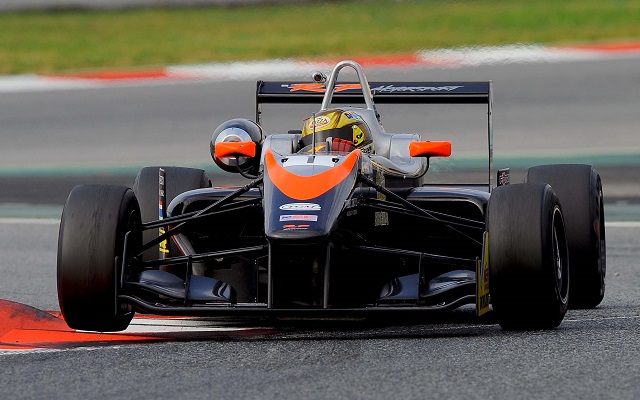 Euroformula Open champion Sandy Stuvik will need one more victory to complete a clean sweep of the second part of the season as he’s taken yet another confident win, this time in race one of the season finale at Catalunya.

The Thai driver kept his lead after starting from pole and confidently led the entire race, building up a lead of six seconds at the checkered flag.

Although front row starter Alex Palou was relegated to third after the first corner by Artur Janosz, he reclaimed second a few laps later and went on to celebrate tenth podium finish of the year.

The top three was completed Yarin Stern, who sneaked by the Pole right after Palou, recording his fifth third place of the campaign.

As such, Artur Janosz had to settle for fourth, yet the RP driver still has a lead of twelve points in the standings over Palou in the fight for the runner-up spot.

After Konstantin Tereshchenko picked up a drive-through penalty for jumping the start, Yu Kanamaru inherited fiffth, while Alessio Rovera and Leonardo Pulcini were the best of the newcomers in sixth and seventh.