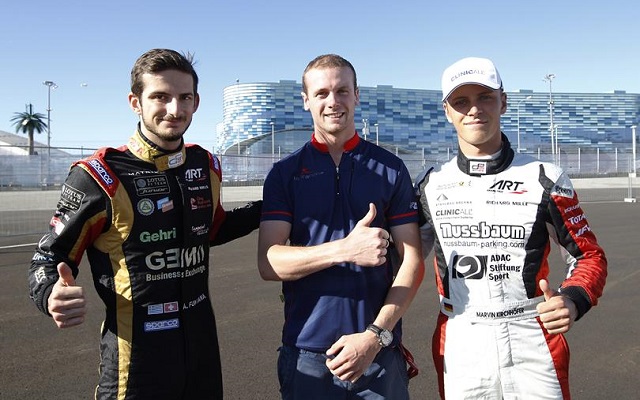 Koiranen GP’s Dean Stoneman was in a class of his own in the GP3 qualifying session at Sochi.

The Briton recorded his flying lap in the closing stages of the session, stealing the lead from Alex Fontana by almost half a second.

The Swiss driver, who had to settle for second, will be at the head of an impressive ART 2-3-4 trio on the grid. Marvin Kirchhofer will start third, losing out to Fontana by only four thousandths of a second, while Dino Zamparelli will complete the top four.

Jimmy Eriksson had a worrying first half of a session as he sat down the order in 23rd yet the Swede managed to recover and will start from fifth place.

He had been followed by Richie Stanaway, but the Kiwi was not able to stop for the official weight check and will thus start from the pitlane, letting Kevin Ceccon through into sixth on the grid.

Championship leader Alex Lynn had a similarly hectic session, running wide on his flying lap in the early minutes. He was then seemingly set to dethrone Stoneman in the final seconds of the session with a purple first sector, only to lose his shot at pole because of a lock-up later in the lap. As a result, he will only start seventh.

The top ten of the grid will be completed by Arden’s Patric Niederhauser, Carlin’s Emil Bernstorff and Status GP’s Nick Yelloly.

* – Richie Stanaway qualified sixth but will start from the pitlane due to a penalty.