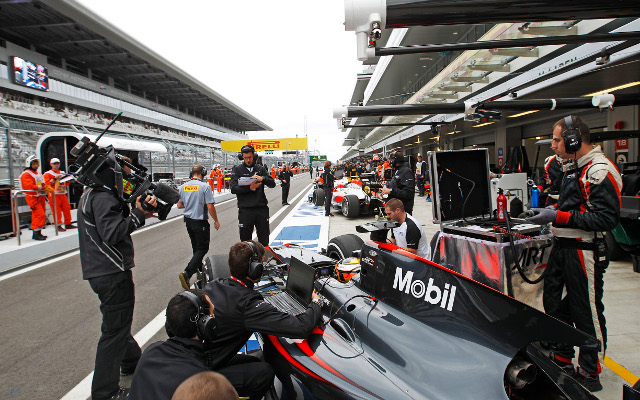 Stoffel Vandoorne began a weekend where he is likely to wrap up the GP2 title at Sochi by leading free practice by almost seven tenths of a second.

Having already headed much of the session, Vandoorne improved with around 12 minutes remaining to go nine tenths clear.

The Belgian will secure the championship this weekend if he can avoid being outscored by Alexander Rossi by 12 points or more.

It was the Campos duo of Arthur Pic and Rio Haryanto who could get closest to the ART man. Pic took second place to repeat the top two from last year’s Sochi qualifying session, but instead of being dead level with Vandoorne like then, he was instead 0.699 seconds down.

Mitch Evans was a frontrunner throughout the session on home ground for his Russian Time squad and finished up fourth behind Haryanto, while the DAMS duo of Alex Lynn and Pierre Gasly completed the top six.

Home favourite Sergey Sirotkin – who has not raced at Sochi but did get a Formula 1 free practice run last year – was seventh in front of Rossi, whose return to GP2 duty after his maiden F1 races with Manor in Singapore and Suzuka began with a spin.