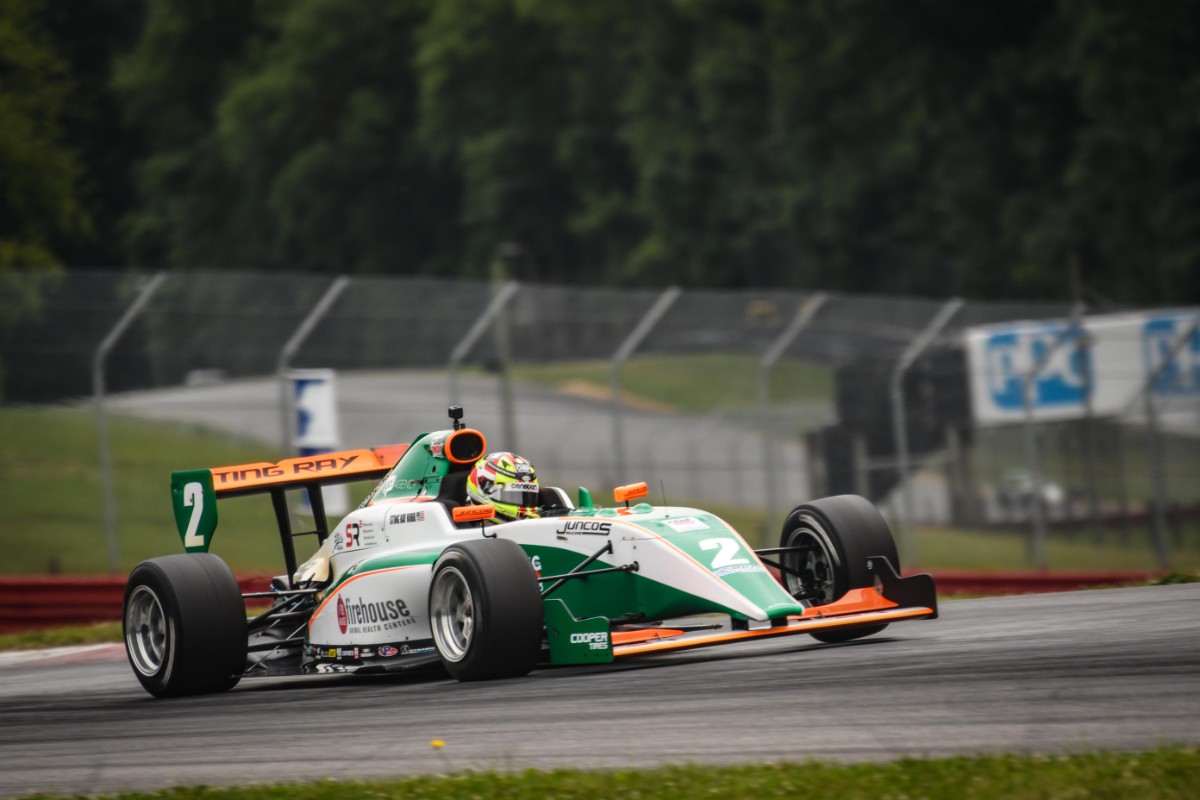 19-year-old American Robb started his 49th race in the series from fifth on the grid – which was set from race two’s fastest laps – but assumed an early lead after the top two drivers collided.

Turn 3 Motorsport’s Danial Frost had challenged Pabst Racing’s front row starter Colin Kaminsky for the lead on lap four, only for the duo to collide and end both their chances of victory.

Robb, currently in his fourth IP2000 season and the eighth-most experienced driver in the series’ history, took the lead as a result and fended off late-race pressure from 2019 USF2000 runner-up Hunter McElrea to claim a long-awaited first win.

The success vaults the Juncos Racing driver into the championship lead by one point ahead of Frost, who battled back from last on the road to finish in 12th place, albeit a lap down.

Reigning USF2000 champion and race one winner Braden Eves also ran into strife on the opening lap and had to make an unscheduled pitstop for repairs. He ended up in 10th place at the chequered flag.

Robb’s race two-winning team-mate Artem Petrov also made an early stop but finished just ahead of Eves in ninth.

BN Racing with Team Benik’s Jacob Loomis finished race two in a lapped 16th place, partly as a result of pitting for fresh rubber so he could go for fastest lap. He achieved that feat and started race three on pole, which he was able to convert into a maiden podium in third.

Loomis lost his first podium after been disqualified from the race due to a technical issue. This promoted DeFrancesco into third place and gave the Canadian a slender championship lead.

W Series racer Sabre Cook was another driver to be caught up in the first lap chaos after she collided with Nate Aranda. Cook finished several laps down and received a 30-second penalty after the race for having too many people on the Team Benik pit wall.