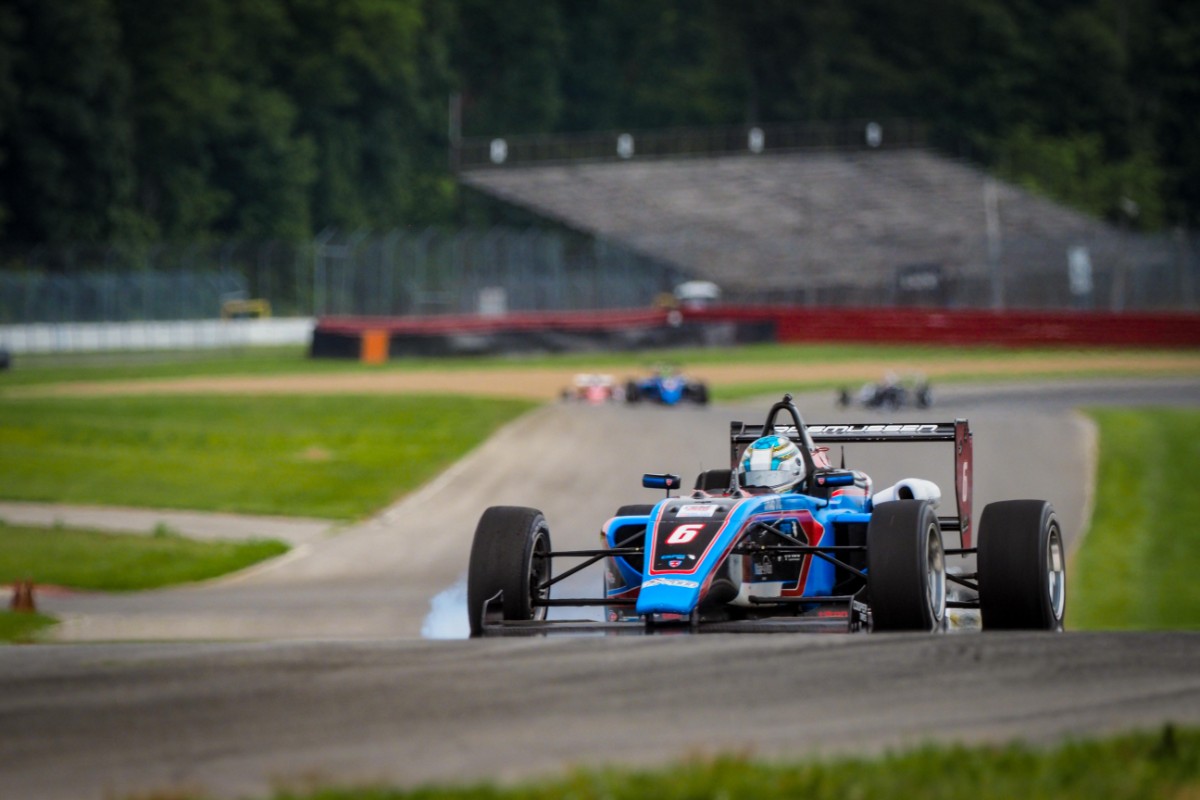 Christian Rasmussen continued his dominant start to the USF2000 season with three wins out of three at Mid-Ohio.

The Jay Howard Driver Development driver was beaten in the first qualifying session of the weekend by Pabst Racing’s Eduardo Barrichello and Cape Motorsports’ Reece Gold, but it took less than three of the 20 laps in race one for him to make it into the lead.

Once there, he pulled away by a huge margin, and finished the race 12.7818 seconds clear of Barrichello, who earned his career-best finish. Gold led his Cape team-mate Michael d’Orlando home in third, with Pabst’s Matt Round-Garrido charging up from 15th to finish closed behind in fifth.

Another Cape versus Pabst battle ended it tears when Josh Green and Yuven Sundaramoorthy tangled on the opening lap.

Rasmussen took a comfortable pole position for race two, which he converted into a lights-to-flag win. A caution period reduced his buffer up front, meaning he finished 2.2147s ahead of front row man Gold.

Nolan Siegel turned around his season’s fortunes by starting and finishing third, while Exclusive Autosport’s Christian Brooks finished in fifth behind Round-Garrido after receiving a blocking penalty.

By taking fastest lap, Rasmussen put himself on pole for race three, ahead of Gold and d’Orlando. Pre-race rain left the track in a greasy state for the third race.

The race started behind the pace car, but this was due to Round-Garrido and Legacy Autosport’s Cameron Shields clashing during the warm-up lap and causing the race to be stopped entirely after one tour.

The proper start occurred some time later, and Rasmussen was once again unchallenged. He set fastest lap on most of the laps in the race, and finished with a 6.0752s advantage over d’Orlando.

Gold pressured d’Orlando for much of the race but couldn’t find a way through, while Siegel was also initially in the podium battle before dropping to the back of the pack early on.

Brooks finished fourth, while Jack William Miller had an impressive run to fifth place ahead of Barrichello.