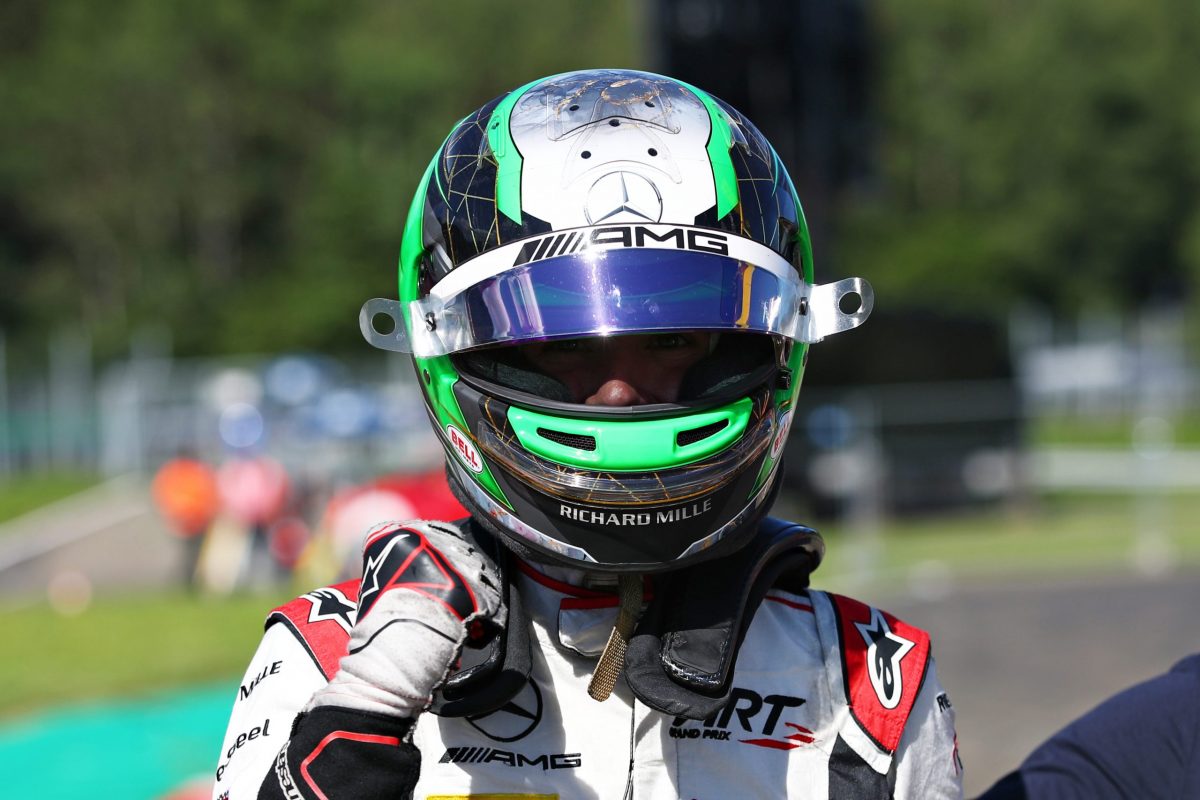 Last weekend kicked off brilliantly for Frederik Vesti, who on Friday claimed his maiden Formula 2 pole. However, several track limits penalties hindered his progress at the Red Bull Ring.

Despite finishing the weekend’s races in 12th and 14th, the Dane remained positive when he spoke to Formula Scout about his time in Austria.

“I think that [achieving my first series pole] means a lot to us and we can look ahead into the rest of the season with confidence because quali has been the difficult part so far this year,” he said.

“Then the weekend is very frustrating in terms of points.”

On Sunday, a drying track was the worst-case scenario for someone aiming to capitalise on their maiden pole.

“Some people on slicks, some people on wets, it just made it difficult,” Vesti, who started on grooved tyres, said.

Across the two races, Vesti recieved 25 seconds in penalties — five on Saturday and 20 on Sunday — and also had his second-best qualifying lap cancelled. He ackowledged all of the penalties for exceeding track limits were fair.

“In terms of track limits, I was pushing at the wrong corners at the wrong time. And I was penalised as I should have been because I was off the track.

“I think we should penalise this strictly, like they are doing.

“The only thing I think that can be better in this kind of situation is a track where there is gravel and it’s not faster to do track limits.

“Silverstone is a good example. There is a lot of grass and gravel. At the exit of turn seven, you could run very wide if there was a kerb, but it’s gravel straightaway, he said.

Track limits penalties and a further five-second time penalty for leaving the track and gaining advantage in his battle with Campos Racing’s Olli Caldwell cost the ART Grand Prix driver any chance of scoring points in the feature race. He took the chequered flag in eighth place, but was demoted to 14th once a total of 20s of penalties was applied.

However, scoring two points for pole in a weekend where there was so much potential didn’t mean it was all wrong for the Mercedes-AMG Formula 1 junior.

“There is a big list of positive things. We did pole-position, in free practice we were P3, in the race the pitstop was good, the first few laps were good, my aggressiveness in general is very high and this is something I’ve been missing a bit.

“I mean it’s not all negative. The biggest negative is that we didn’t score points.

“I need to learn the lesson and learn from everything that didn’t go the right way today and yesterday, but we also need to look at all the positives that have been.”