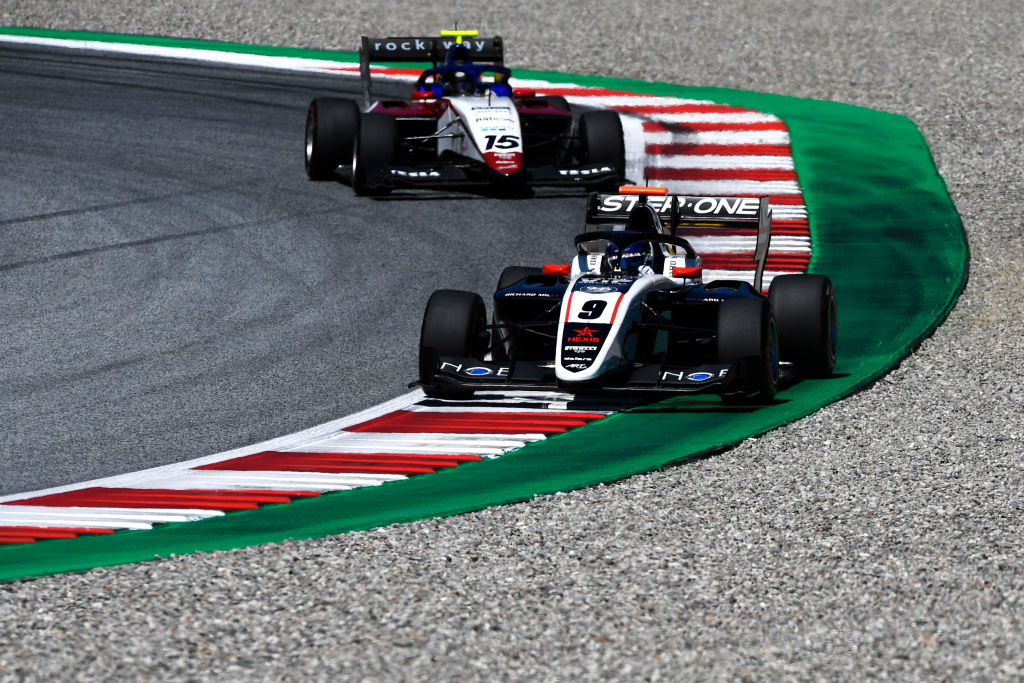 Juan Manuel Correa’s FIA Formula 3 rivals think he will appear at the front again after his first victory shot at the Red Bull Ring ended with a gearbox issue.

Correa started second on the reversed grid for the sprint race, a “sweet and sour feeling” as he thought he could qualify better than 11th with the car’s “very good potential”, and took the lead from Caio Collet on lap one before the safety car came out.

He continued to lead once racing resumed but then slowed with an issue that forced him to retire. It is Correa’s second year in FIA F3, and the second of his return to racing since his horrific 2019 crash in Formula 2 which severely damaged his legs.

Although he claimed two second places from his 17 races in F2, Correa’s one-and-a-half seasons in GP3 before that and then its successor series FIA F3 since has culminated with a best finish of fourth achieved twice.

“He is probably the strongest of all of us on the grid, to make a comeback like that, and I reckon he’s pushing himself and his body to fight so I think for all of us we admire him quite a lot for what he is doing,” MP Motorsport driver Collet said in the sprint race press conference last weekend.

“From my side, I was quite happy that I went from P2 to P1, but it’s a bit of a shame to see him lose a race like that.”

Prema’s Jak Crawford won the race, and added: “You feel bad for him. But at the same time it’s a free position. I think these types of things that happen, you have crashes or engine failures or things that aren’t in your control, I think it gives you that bigger [push] to go out there and [do a] good performance.”

Correa was supposed to race for Prema this year, in the European Le Mans Series rather than F3, but a metatarsal fracture in his left foot meant he had to pull out of the season opener and the team put Lorenzo Colombo in its LMP2 car for the first half of the season instead.

Franco Colapinto completed the Red Bull Ring podium behind Crawford and Collet, and he echoed the “big respect” for Correa’s comeback form.

“He was going really well in the front of the race,” he said. “He was doing a great job, unfortunately these things happen and they’re not in the control of the driver. He just has to focus on the next race. I also had some difficulty during the last weekends, and now we are back on the podium. So it just comes to luck every weekend and you have to work on your situation.”

The foot fracture meant Correa missed F3’s Imola round and he goes into the season’s second half 13th in the standings.