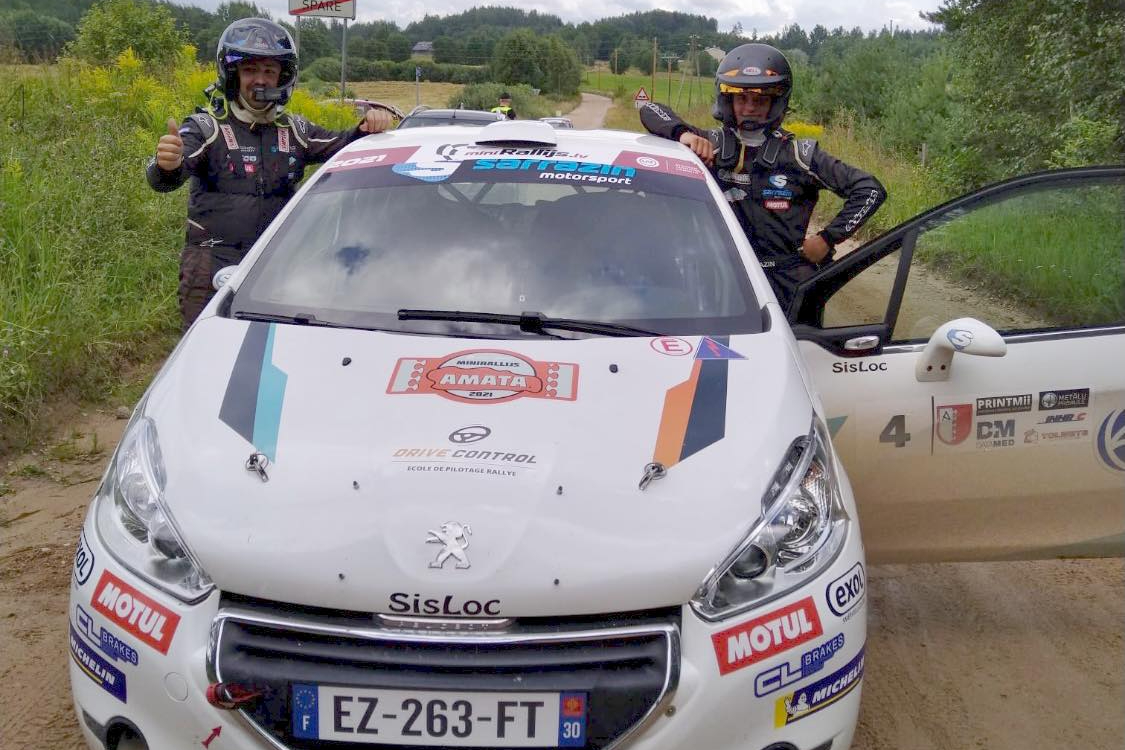 Pablo Sarrazin, the son of motorsport all-rounder Stephane, is set to move into single-seaters in French Formula 4 at the same time as he starts his rallying career.

Through 2021 he’s also been testing in F4 and rallying. He made his competition debut in the latter last month, and will join the French F4 grid for the first time at Ledenon this weekend. Formula Scout asked Sarrazin’s father about his career plans.

“He was driving one of my cars in the [Sarrazin Motorsport] team, the Peugeot 208 R2. Old spec,” Sarrazin Sr said.

“He’s 15, and it was great to see him on the rally. I was really happy. He loves rally and racing, so it’s a good start, a good start.”

The first test in the Sarrazin Motorsport-run two-wheel-drive Peugeot came in May, and at the start of August he headed to Latvia – where drivers can enter rallying at a younger age – to compete in the Cesis Rallysprint and Amata Minirally one-day events on the same weekend. He made the junior classification podium in both despite brake issues.

The focus now is on his upcoming F4 debut, before he picks up on his rallying career again in 2022.

“I think next year we do Formula 4. F4 in France,” Sarrazin’s father added. “And some rallies in Latvia [and Estonia].

“Maybe in Germany also because apparently we can do some [aged 16]. So yeah it will be interesting, and it’s great because it’s my passion and he has the same passion so it’s good to share it.”

Paul Trojani, who competed against Sarrazin in the French Karting Championship in Junior karts last year, will also be debuting in F4 at Ledenon.

Sarrazin Sr was a race-winner in International Formula 3000 before debuting in Formula 1 at the 1999 Brazilian Grand Prix, but his F1 career didn’t go beyond that and he switched to sportscar racing and rallying – both of which he’s still active in.

He won the Le Mans Series twice and finished second in the Le Mans 24 Hours on four occasions, and as a factory Subaru driver in the World Rally Championship claimed a best finish of fourth. Sarrazin has two European Rally Championship wins, taken 13 years apart, three Formula E podiums and a podium in the new off-road Extreme E series.

Combining racing in XE with running his own rallying team and supporting his son’s career is “flat out”, but he enjoys it.

“All the time [I’m working on my team],” he said. “I love to follow my drivers to share my experience and to share my driving idea point of view with them to help them to set up the car. I did a team to do it, so I’m very happy, and I’m very happy to do both. Racing myself, and running my team.