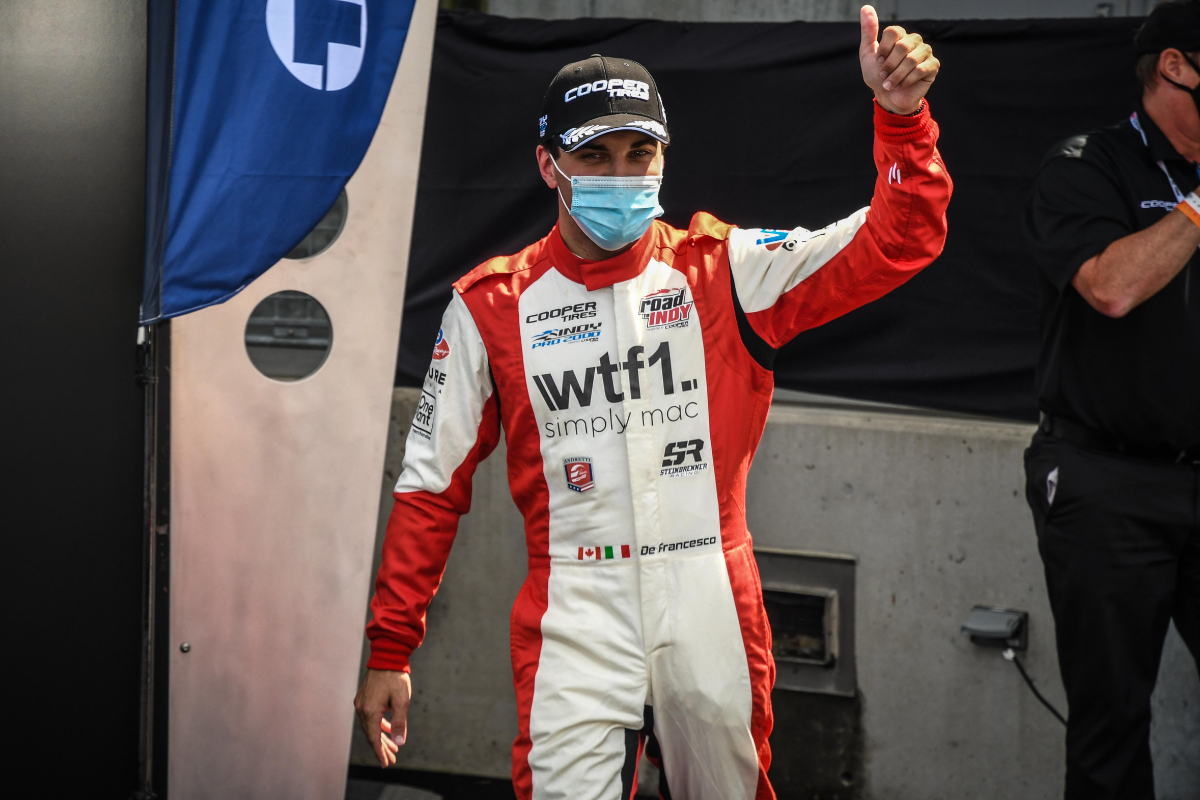 Steinbrenner Racing has confirmed its support of Devlin DeFrancesco’s move into Indy Lights in 2021, continuing a successful alliance with Andretti Autosport.

Spanish Formula 3 champion DeFrancesco moved across to the Road to Indy this year after pulling out of his FIA F3 Championship drive on the eve of the season, and entered Indy Pro 2000 with Andretti Steinbrenner Autosport.

It was a resurrection of the joint ownership of a entry between Andretti Autosport and George Michael Steinbrenner IV that resulted in Colton Herta finishing second in the Indy Lights points in 2018, and the return of the partnership resulted in one win and the IP2000 title runner-up spot for DeFrancesco.

“I’m super excited to be back with Andretti Steinbrenner Autosport for Indy Lights in 2021,” said the Canadian.

“I think we had quite a successful Indy Pro 2000 season in 2020. Considering we have all the pieces for 2021 and Andretti Steinbrenner Autosport has an incredible history in Indy Lights.

“Mark Bryant, my engineer, had a lot of success in 2018 with Patricio [O’Ward] as well as IndyCar experience with Andretti. I have a great team around me and can’t express how ready I am to get going.”

DeFrancesco is the third driver to announce a 2021 Indy Lights drive in an Andretti-run car, with Kyle Kirkwood and Danial Frost already revealed to be in the team’s line-up and being as similarly anticipated as DeFrancesco’s arrival after they originally signed to contest the cancelled 2020 season.

Steinbrenner also commented on the return of his team to Indy Lights.

“We are excited to get Andretti Steinbrenner Autosport back into Indy Lights with Devlin for the 2021 season,” he said.

“We had a good amount of success in the Indy Pro 2000 series in 2020 with Devlin. We hope to build on that momentum and aim to field an entry comparable to the one Colton Herta piloted in 2017 and 2018.”

Nine of the 10 rounds that will make up next year’s Indy Lights season have been announced, with a return to the streets of Detroit but the loss of the Indianapolis 500-supporting Freedom 100 race.