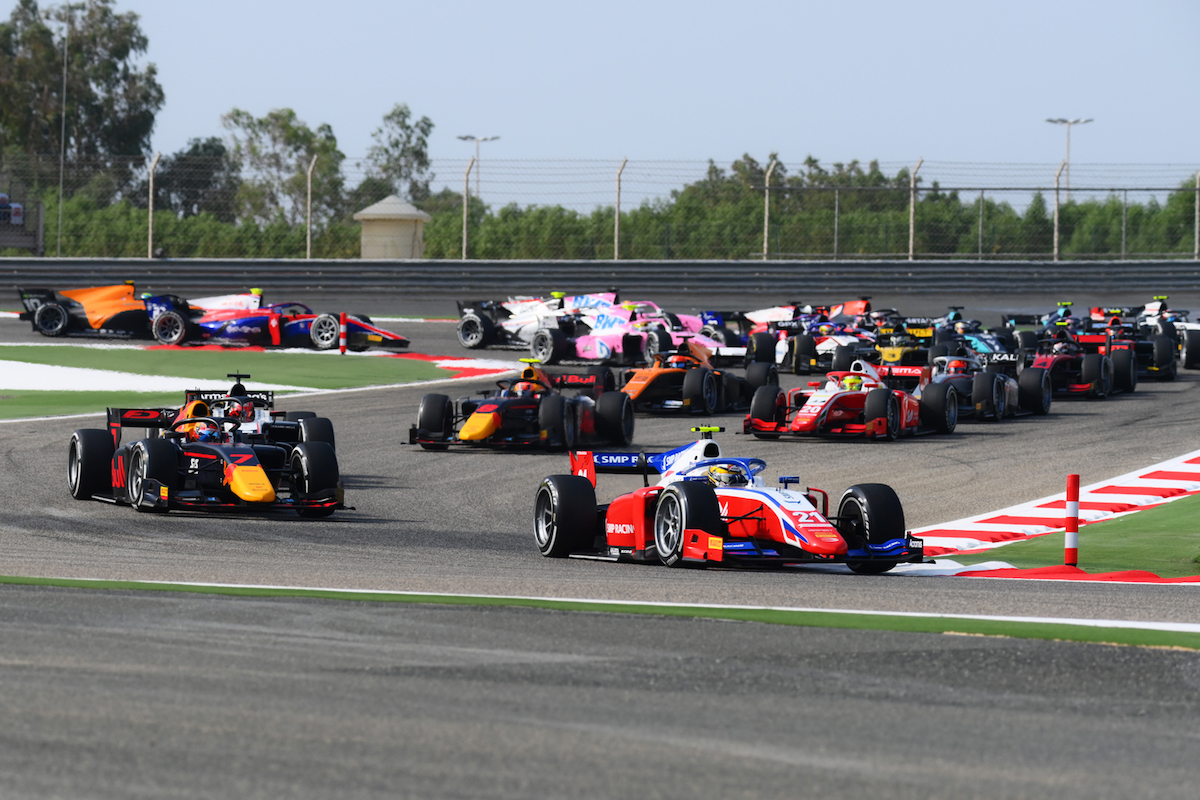 The FIA Formula 2 and Formula 3 championships have revealed the full weekend format for their switch to three-race weekends in 2021, which includes the feature race being moved to Sunday.

The Friday of each F2 round will remain unchanged, with a single 45-minute free practice session before a half-hour qualifying session that sets the grid for the feature race.

Saturdays will now included two sprint races, as the longer feature race is pushed to Sunday, and each one will run to 45 minutes or 120 kilometres, whichever comes first over a race duration.

Compulsory use of both nominated Pirelli slick compounds will remain in dry-weather feature races, and they will run to either an hour or 170km, depending on which is shorter to complete. Race distances for the Monaco and Sochi rounds will be determined at a later date.

There will be six sets of slick tyres available to each driver at every rounds, an increase of one set over 2020’s allowance, with four of those sets being of the nominated ‘prime’ compound and two being the ‘option’ compound. Three sets of wet-weather tyres will be available for use at each race weekend.

FIA F3 adopts a similar format, with all three of its races running to 40 minutes but with two on Saturday and one on Sunday.

Its points distribution will be the same as this year, but with the larger haul of points (25-18-15…) being earned in race three, and the first two races delivering a smaller amount (15-12-10…).

All of the changes have already been approved by the World Motor Sport Council.

Ralph Boschung to make F2 return with Campos in 2021