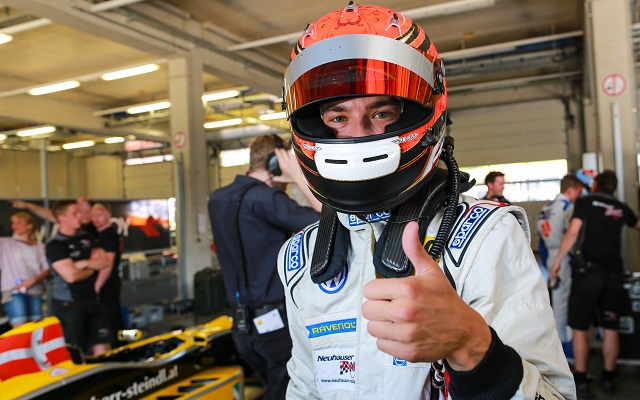 Mikkel Jensen locked out his first double pole in ADAC Formel Masters in qualifying for round four of the season at Spielberg.

The championship leader overcame a challenge from Neuhauser teammate Tim Zimmermann to post the two best laps of the session in the closing minutes.

Lotus’ Ralph Boschung led much of the first half of qualifying, before the Neuhauser duo rose to the occasion, occupying the first two spots on the timesheets with five minutes to go.

Zimmermann took the early initiative in the final shootout, before being challenged by Boschung, who then had his new time removed due to a track limits infringement. The same soon happened to the leader, who was then overtaken by Jensen.

The Dane, already at the top of the timesheets, proceeded to put in a blindingly fast lap afterwards, ensuring double pole. Zimmermann kept second, leading Boschung by just 0.003s, albeit the Swiss driver was content with recording a front row spot on second-best times.

Fabian Schiller was fourth ahead of championship challenger Maximilian Gunther, who also struggled with the track limits rulings.

Joel Eriksson was sixth ahead of Mucke trio of Kim-Luis Schramm, Marvin Dienst and Philip Hamprecht, with Dennis Marschall rounding out the top ten.