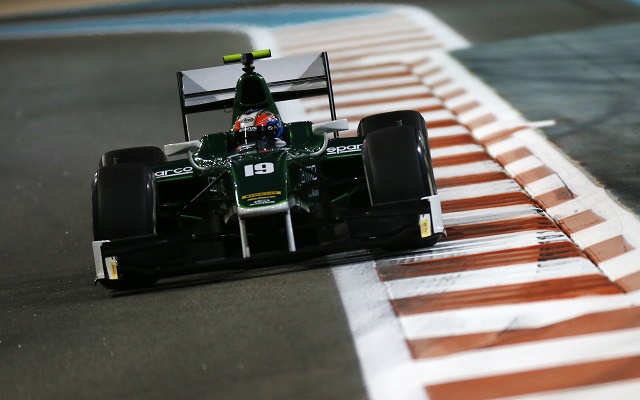 Stanaway, 23, has previously sampled GP2 machinery with Status in last year’s season-ending test, making the top ten on his only day in the car.

The Kiwi has so far enjoyed an up-and-down career in junior single-seaters. Upon his switch to European racing, he won ADAC Formel Masters and F3 in Germany and was picked up by Lotus, joining Formula Renault 3.5. However, a huge crash at Spa left him with a back injury and out of the season.

After stints in endurance racing and Porsches, he returned to open-wheelers in 2014, embarking on a GP3 season with Status. Two wins around the halfway point of the season put him among the title contenders, but a mixed second half of the year saw him tumble down to eighth.

“Richie is an extremely talented racing driver and following a very strong performance for us in GP3 and an impressive GP2 test, we are delighted to welcome him back into the fold,” said Status boss Teddy Yip. “Loyalty is something we value at Status. This is our debut GP2 season and having worked very closely with Richie and his team of supporters, we know from experience we have a winning partnership.”

“Testing the GP2 car with Status again next week is a great opportunity for me and will be like joining the dots after being so competitive in last year?s post-season test,” Stanaway added. “Stepping up from GP3 to the GP2 car for just one day wasn?t quite long enough to reach my full potential last year.”

“Now I am competing in the full three-day test it will be a huge benefit to me, enabling me to get up to speed and learn everything I can from the team.”

?I am very happy to be back with Status and the familiar faces. We work well as a unit and I have full confidence that we can make the most of the test next week.”

2015 will mark the first GP2 season for Status GP, the team having replaced the outgoing Caterham Racing squad. Marlon Stockinger – another driver who won a GP3 race with the team – has already been confirmed as the first signing.